By TelegraphKenyanews.co.ke (self media writer) | 10 months ago 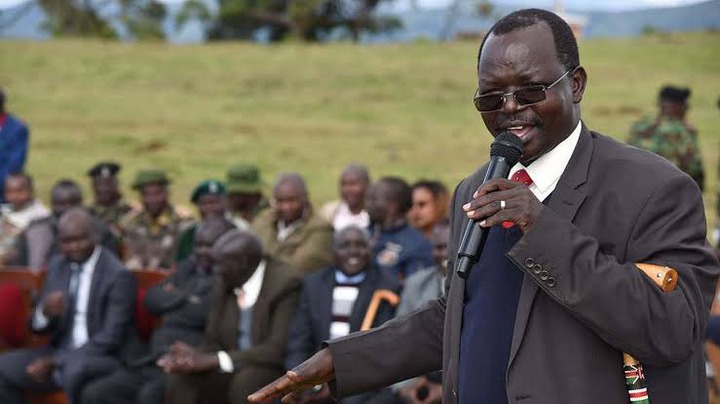 West Pokot Governor John Lonyangapuo is among a number of leaders from the region who have fully embraced the Building Bridges Initiative.

The governor attended the BBI signatures launch in Nairobi on Wednesday and later asked residents to get ready to present their signatures for the project.

Prof Lonyangapuo has been joined by Pokot South MP David Pkosing who also threw his weight behind the Initiative asking locals to fully support it.

Both leaders had recently been associated with the DP, who has asked for consensus before the country is subjected to a political contest over the BBI.

The governor said signatures collection was an important stage towards ensuring the BBI passes.

“This is a critical stage in BBI process as it seeks to help fix some of the country’s deep rooted challenges,” said Prof Lonyangapuo.

At the same time, Pkosing, said it was a momentous time for the residents urging them to be part of history and present their signatures.

Pkosing, the chairman of National Assembly Transport committee, has drifted away from the DP and survived the purge targetting his allies in both Houses some time back.

The two have joined Taity MP William Kamket, an early supporter of the BBI and a fierce critic of the DP.

Kalonzo Given Important Advice Ahead of 2022, Gets Warned About Missing Out in The Next Government

ODM Lawmakers Give The Green Light for Governor Joho's Likely Successor, Vow To Campaign For Him

Muthama Responds To Uhuru's Plan Of Kicking Out Corrupt Officials, Exposes Why His Push Has Always Failed