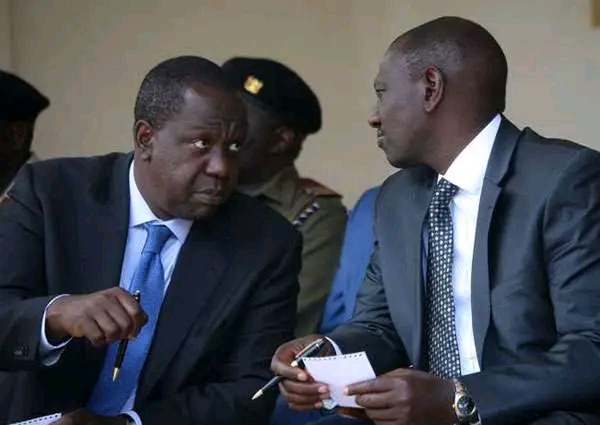 Interior CS Fred Matiang'i has criticized the Kenya Kwanza leaders' initiative to solicit feedback from police officers on how to enhance their welfare after they assume power.

The CS described the efforts as laughable,alleging that some of the organization's senior leaders have no knowledge of the security sector.

Matiang'i stated that his leadership in the sector has resulted in reforms that have increased efficiency, decreased crime, and enhanced officer welfare.

He claimed that several top politicians were responsible for corruption in the police procurement department. 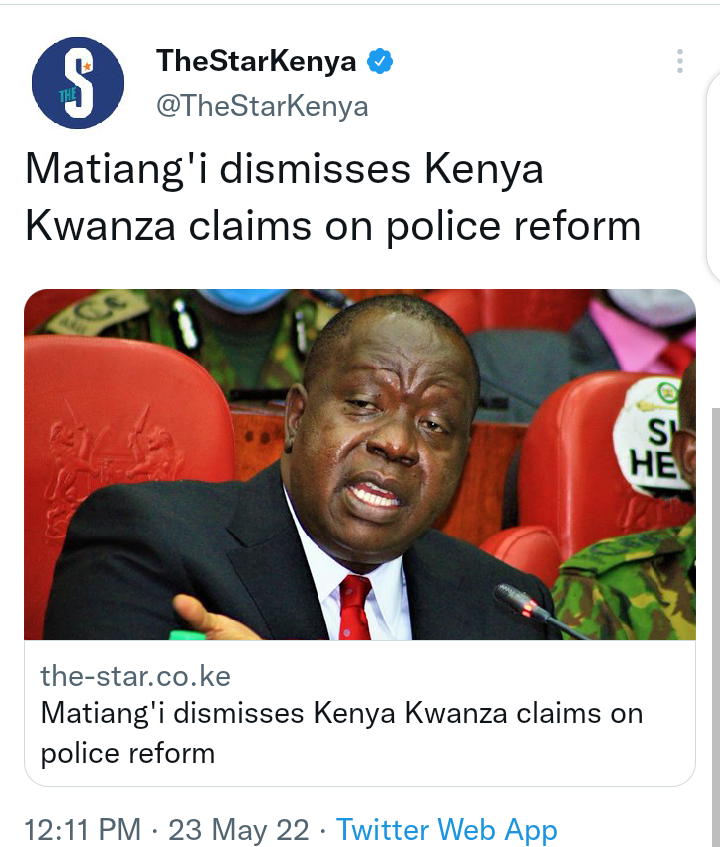 "They know nothing whatsoever about security. Some of them sold air and bullets to the police for $900, but they should be sold for much less. If they were still in control, we would not have accomplished the progress we have," stated the CS.

"In fact, I sit with a few of them on the national security council, and they have never mentioned police. Ignore them,they are jokers," Matiang'i said.

The Kenya Kwanza team, led by DP Ruto, stated during a public forum in Embu last week that they were seeking the public's input on how their welfare could be enhanced.

Rigathi Gachagua, Ruto's running mate, asked police to approach any of them with their opinions.

Gachagua stated, "DP Ruto is dissatisfied with the difficulties and powerlessness our officers are experiencing, and he has entrusted us with gathering their feedback on how they would want to see it resolved."

Matiang'i, however, argued that the implemented reforms were comprehensive.He also stated that they have no role in the election's administration and will have no impact on the results.

Photos: Gideon Takes Kabartonjo To A Stand Still As He Campaigns For His Reelection