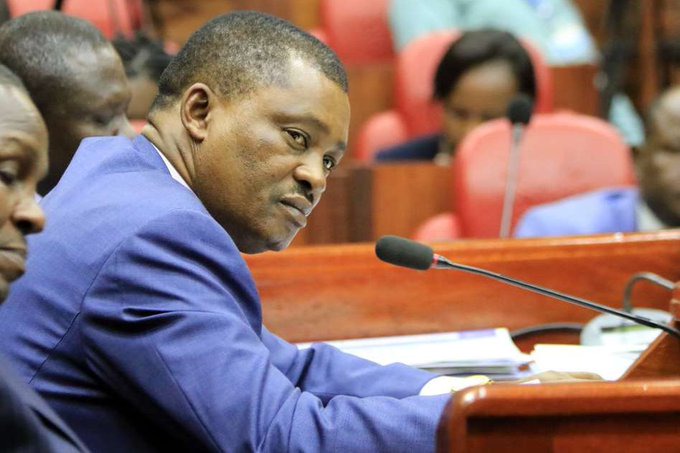 Justin Muturi was coronated by the Agikuyu Elders as the new Mount Kenya Spokesperson in a ceremony that was held in Murang'a earlier on this year.

The elders picked the Speaker as the Mount Kenya Spokesperson in a move that was widely criticized by national as well as local leaders in the region.

This morning, delegates drawn from the Democratic Party across the Mount Kenya region have given his presidential ambitions a major boost.

This is because the Delegates drawn from across the region have decided to endorse Speaker Justin Muturi in his quest for the top seat next year.

The Delegates are currently in Nyeri where they have been in closed door talks all morning before the press briefing that was done a short while ago.

Justin Muturi is the third candidate to come out of the Mount Kenya region who looks to succeed the current President next year in the August polls.

It remains to be seen how this latest move by the DP Delegates will be interpreted by other leaders from the region.