By Trustedcreator (self media writer) | 1 month ago

With only a few days until the upcoming general elections, which are typically held every five years in accordance with the current Kenyan constitution, political contenders from different regions of the country are seen canvassing for votes for their various elective political positions as MCAs, MPs, Senators, Women Reps, and Governors. 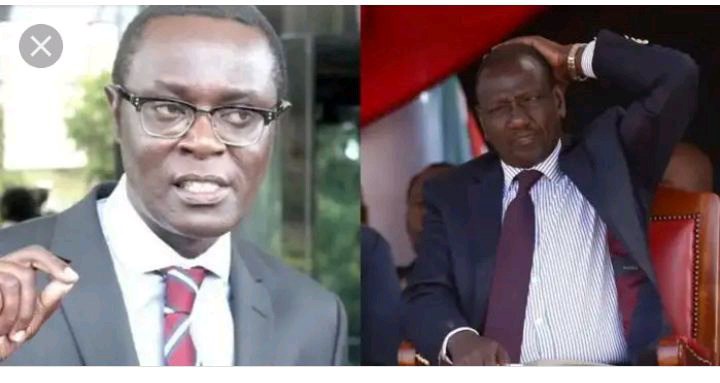 Due to the fact that Mr. Odinga and Honorable William Samoei Ruto have gained more support for respective political parties in various regions of Kenya than other presidential candidates, they are considered to be the two leading contenders for the upcoming election. 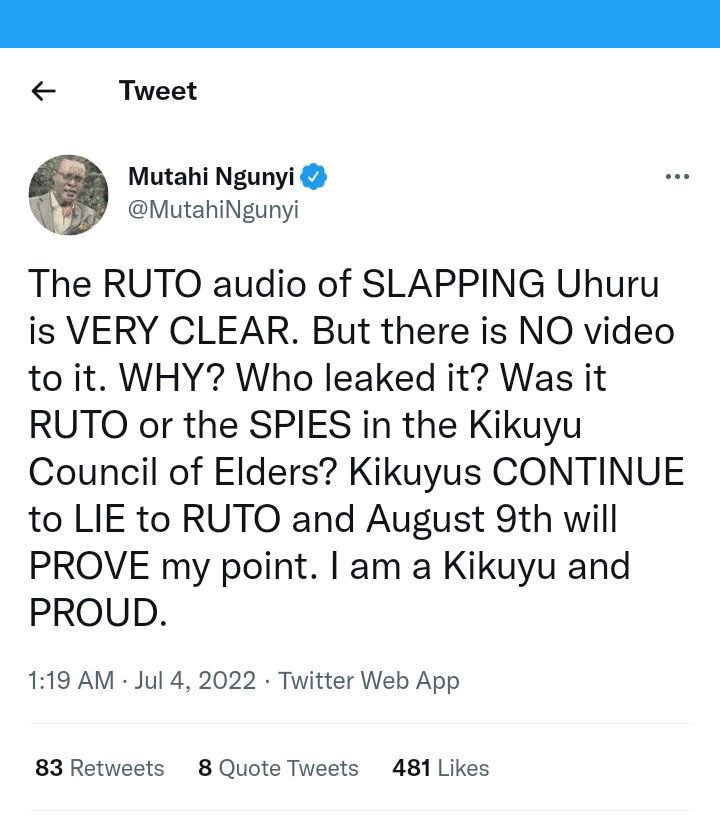 The Supreme Court's decision to invalidate their reelection in 2017 led to a disagreement between DP Ruto and President Kenyatta, and as a result, an audio clip of that disagreement is currently making the rounds on many social media platforms. In that clip, DP Ruto says he wanted to slap Kenyatta.

In response to this video, the political analyst Mutahi Ngunyi, who is regarded as Odinga's main ally, suggested that perhaps the Kikuyus are deceiving Ruto into believing they are behind him.

Ngunyi reasoned that since the voice recording was clear but there was no accompanying video, spies among the Kikuyus may have leaked it if Ruto himself was not responsible. The ninth of August will demonstrate his thesis that Kikuyus are defrauding Ruto, he continued, adding that he is a proud Kikuyu.

Content created and supplied by: Trustedcreator (via Opera News )