In my opinion, the warrant of arrest issued against the leader of the crime oversight body clearly reveals that the Judiciary is the weakest point in the fight against crime.

Secondly, judges are their own enemies and finally, they are the enemies of judicial independence and the "Jurisprudence" they greatly adore.

The possible reduction of an innocent top police official into an inmate implicated the collusion between Judicial officials and citizens in conflict with the law leading to instant murder of justice.

Kinoti is facing imprisonment for doing the right thing. He was sued for failing to return Wanjigi's firearms which were seized back then in 2017.

Even though he was a licensed gun holder, and the police raid could have been motivated by the politics of intolerance, Wanjigi was in possession of heavy artillery that should only be in possession of the army among other defense forces.

By concluding the proceedings in favor of a citizen formerly in possession of dangerous weapon prohibited by the law, the fight against crime was belittled to a silly game of thrones between the Judiciary and the Executive. 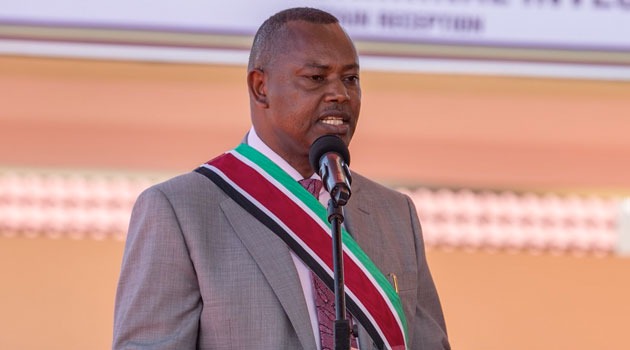 This will be responsible for the stretched strained relationship between the two independent organs of the State.

African Country That Has Never Held Elections, Has no Constitution and Parliament