By Centsten (self media writer) | 2 months ago

Emilio Stanley Mwai Kibaki was a Kenyan politician who served as the country's third President from December 2002 to April 2013. He was born on November 15, 1931, and died on April 21, 2022.From 1978 to 1988, he was Kenya's fourth Vice-President, serving under President Daniel arap Moi for ten years. He also served in the Jomo Kenyatta and Daniel Arap Moi governments as a cabinet minister, serving as Finance Minister under Kenyatta (1969–1981) and Minister for Home Affairs (1982–1988) and Minister for Health (1988–1991) under Moi. From 1992 to 2002, Kibaki was a member of the opposition in the Kenyan Parliament. In 1992 and 1997, he ran for president but lost both times. From 1998 until 2002, he was the Leader of the Official Opposition in Parliament. He was elected President of Kenya in the presidential election of 2002.Kibaki introduced a free primary education initiative in January 2003, which allowed nearly 1 million children who otherwise would not have been able to attend school to do so. The project drew plaudits, particularly from Bill Clinton, who met Kibaki in Kenya in July 2005 and praised him. 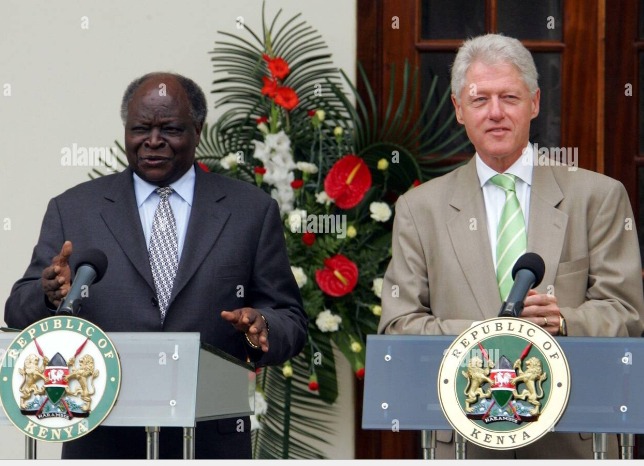 President Kibaki announced his intention to seek for re-election in the 2007 presidential election on January 26, 2007. On September 16, 2007, Kibaki stated that he would run as the candidate of a new coalition named the Party of National Unity, which would include all of the parties that backed his re-election. The previous ruling KANU,DP, Narc-Kenya, Ford-Kenya, Ford People, and Shirikisho were among the parties in his coalition.Raila Odinga, Kibaki's major opponent, had utilized the referendum result to create the ODM, which nominated him as a presidential contender in 2007.At Nyayo Stadium in Nairobi on September 30, 2007, a much stronger and healthier President Kibaki launched his presidential campaign.

After that, Kalonzo Musyoka broke away from Raila's ODM to run for president on his own. Up to election day, opinion polls showed Kibaki trailing Raila Odinga countrywide, although close. In terms of regional analysis, polls showed him trailing Raila in all regions of the country, with the exception of Central Province, Embu, and Meru, where he was expected to win the majority of votes, and behind Kalonzo Musyoka in Kalonzo's home province of Ukambani. As a result, it was expected that the election between Kibaki and Raila would be tight.2007–2008.

Kenya's revolutionary 2010 Constitution, championed by President Kibaki in the 2010 Kenyan constitutional referendum, was a landmark victory and achievement that went a long way toward addressing Kenya's governance and institutional difficulties. Wide-ranging institutional and legislative reforms began with the new Constitution, which President Kibaki skillfully and successfully guided in the closing years of his presidency. Kibaki's son Jimmy was cited as stating, "His finest moment was the promulgation of the new Constitution... It was a very deep and emotional event for him."

On April 9, 2013, at a public inauguration ceremony conducted at Kenya's largest stadium, Kibaki handed over the president to his successor, Uhuru Kenyatta. "I am delighted to deliver the leadership baton to the next generation of leaders," Kibaki remarked. 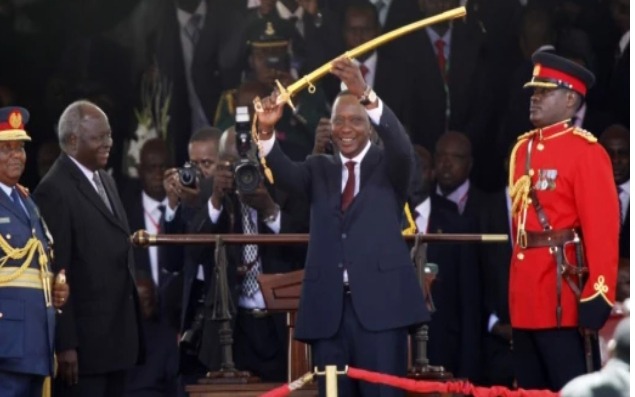 He also thanked his family and all Kenyans for their support throughout his time in office, highlighting the many accomplishments his government had done.

Content created and supplied by: Centsten (via Opera News )

How Oparanya Was Received By Matungu Residents In Kakamega County