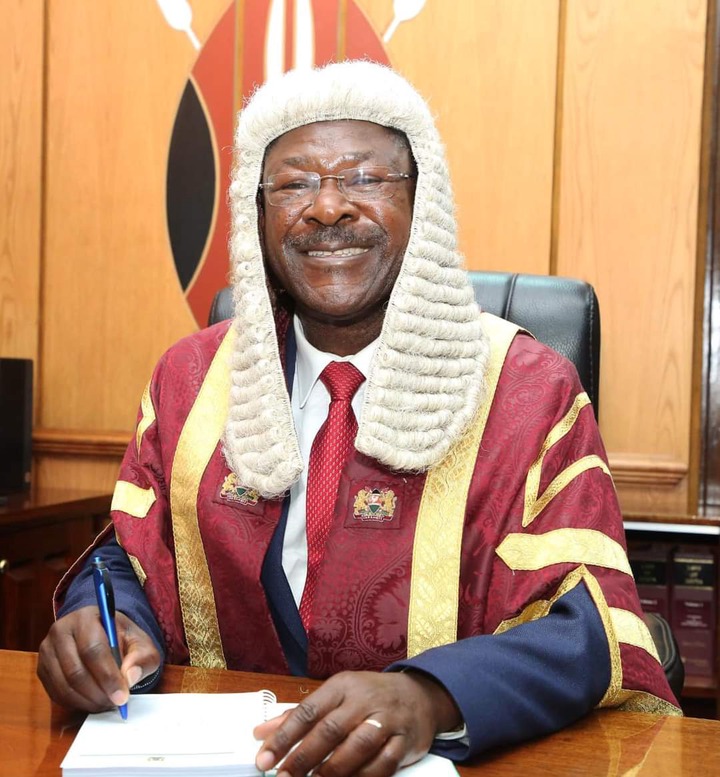 DAP-K Secretary General Eseli Simiyu has alleged that National Assembly Speaker Moses Wetangula is misusing some resources that come with the office.

Simiyu claims that state vehicles given to the Speaker for official use are now being misused in Bungoma County where both of them come from.

He told the Daily Nation that Wetangula is using the vehicles to campaign for Ford Kenya senatorial candidate Wafula Wakoli, which is wrong.

The former Tongaren MP has also taken issue with Wetangula's active involvement in campaigns, when his office demands that he be neutral.

This, in addition to Wetangula's alleged bias in the National Assembly, he says, is outright impunity and exactly what he should not be seen doing. 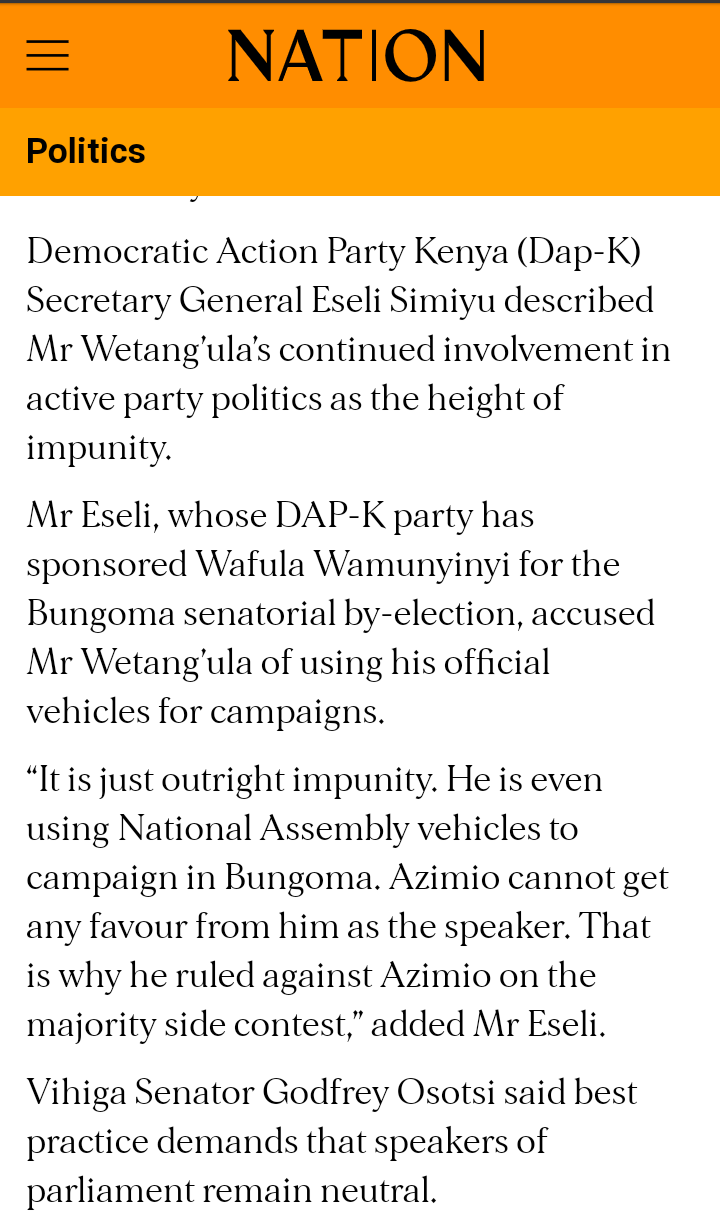 “It is just outright impunity. He is even using National Assembly vehicles to campaign in Bungoma. Azimio cannot get any favour from him as the speaker. That is why he ruled against Azimio on the majority side contest,” the politician is quoted.

The criticism has been echoed by Vihiga senator Godfrey Osotsi, who says that if not careful, Wetangula will end up seriously messing up his reputation.

But lawyer Danstan Omari has defended the ex-Bungoma Senator, saying that he is free to remain the Ford Kenya Leader and get involved in party activities like campaigning for his party's candidate.

“He has a right to participate in Ford Kenya party activities. The Standing Order on how he should conduct himself while on the floor is very clear. He does not take a vote on any issue,” he said.