Deputy President William Samoei Ruto's running mate, Hon Rigathi Gachagua has caused a stir on social media after what he has said concerning the DP's move to select him as his number two ahead of the upcoming general elections. 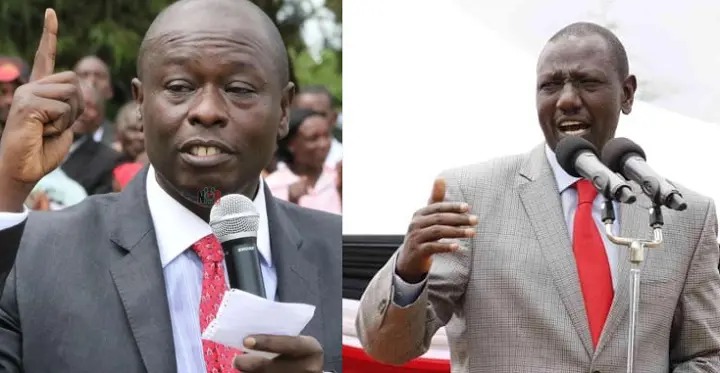 According to the fierce Mathira MP, the decision to choose a running mate is entirely a matter that is dependant on what Kenyans decided. He has said that the DP's choice of running mate was greatly influenced by whom Kenyans solely settled as their preferred candidate.

He has related such a decision to a man choosing his wife. According to him, the decision on who a man chooses as his long-term wife depends in himself alone because at the end of it all, he will stay with her throughout his life. Therefore, he (Gachagua) is just similar to a wife who was chosen by DP Ruto based a number of factors that were critically analysed. 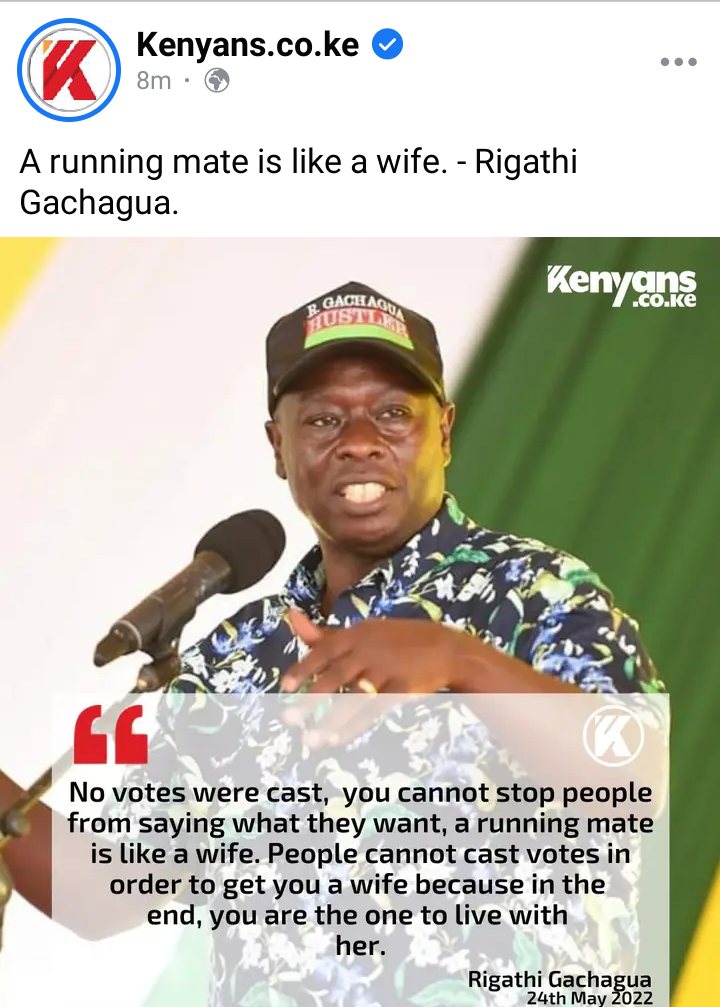 Kenyans have now come up with their own translation of Rigathi Gachagua's statements as they fire mixed reactions. According to a section of them, his sentiments are a clear depiction that he is now the second wife of DP William Ruto after Rachael Ruto and he will submit to him (Ruto) in any task. 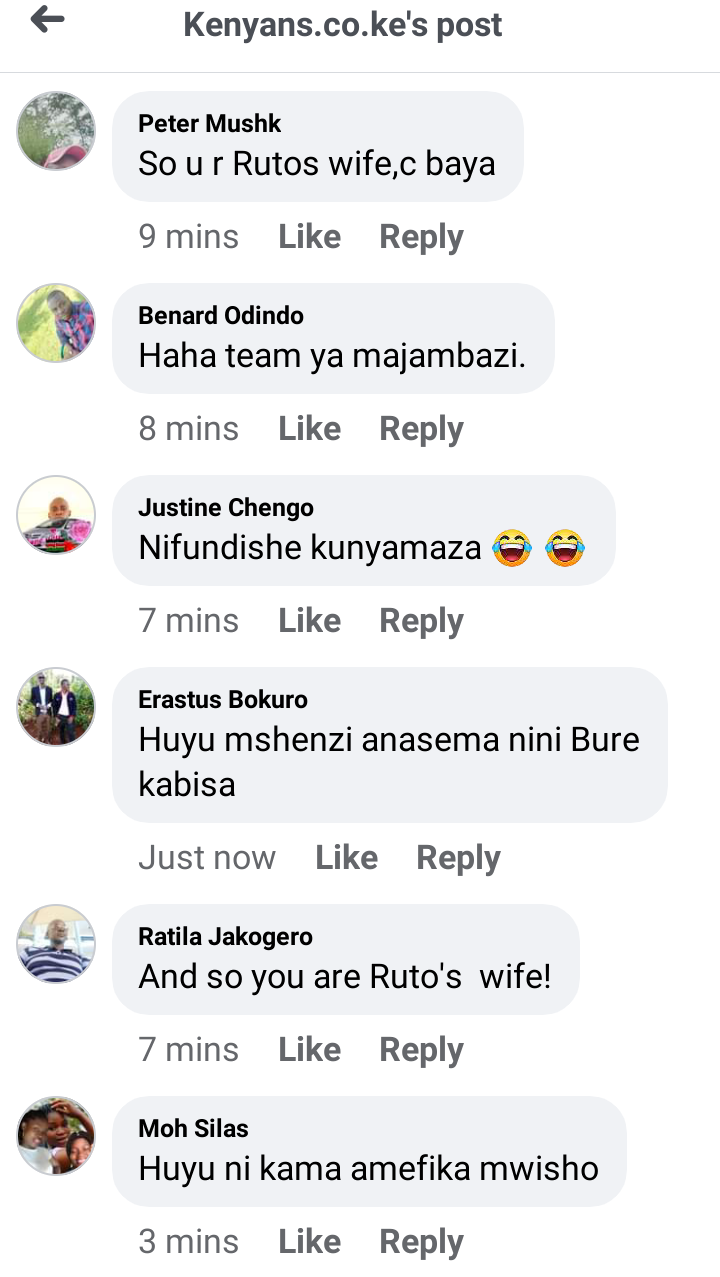 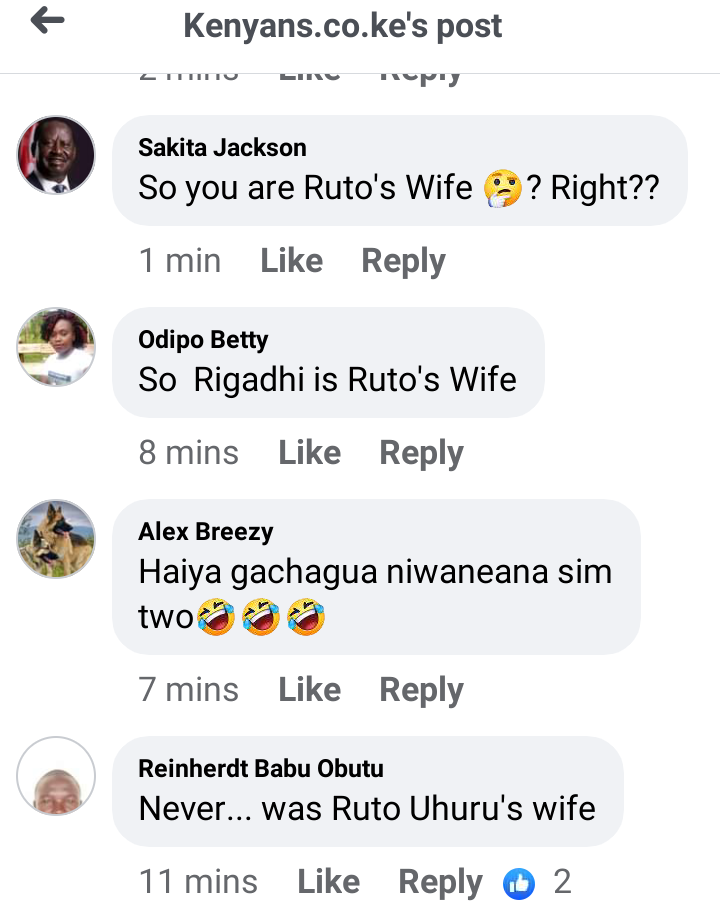