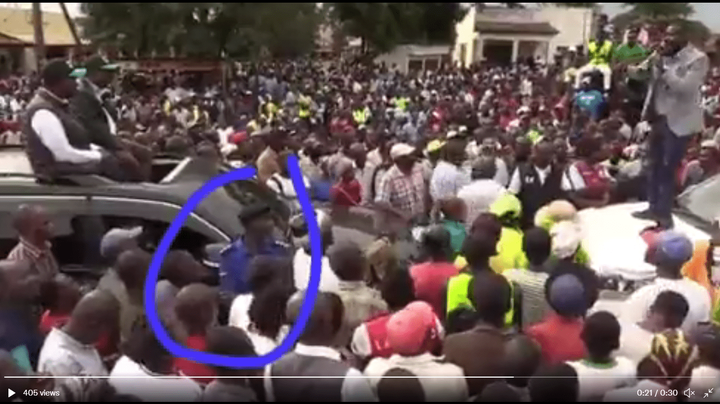 The Inspector-General of Police Hillary Mutyambai has this evening sent a special message to the officer who was seen in a viral video that captured Senator Cleophas Malala mocking police officers.

In a viral video that Malala himself shared on his social media pages, he was heard telling ANC and Ford Kenya leaders Musalia Mudavadi and Moses Wetangula respectively, that as Kenya Kwanza principals, they should start taking school dropouts into the police service once they win the coming election.

As he was saying the unfortunate sentiments, literally mocking officers, one police officer was seen in the crowd calmly discharging his duties to the public, securing the rally and maintaining law and order as required by the constitution. 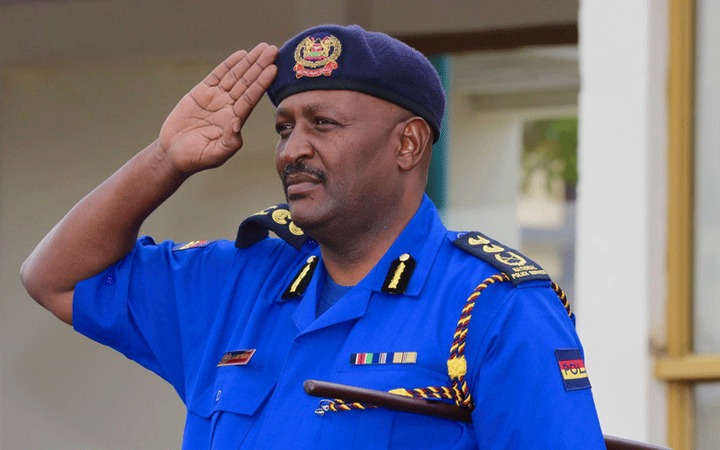 IG has since lauded the officer, together with others who were at the political rally but were not captured in the video. 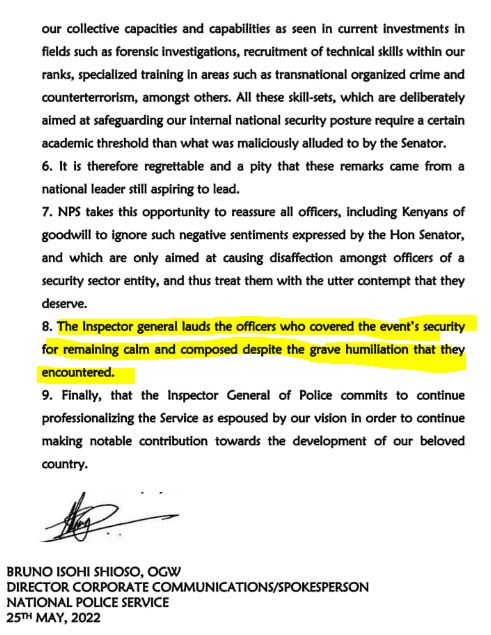 "'The Inspector general lauds the officers who covered the event's security for remaining calm and composed despite the grave humiliation that they encountered," the IG said via a statement issued by the National Police Service.

NPS has also revealed that the remarks by Malala are unfortunate, especially for a leader of his capacity. They noted that remarks demeaned the role of the officers in the country.

NPS has since asked all Kenyans and officers to ignore the sentiments. 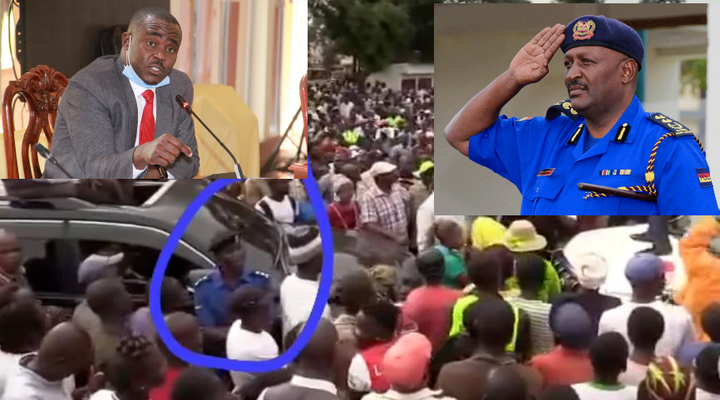