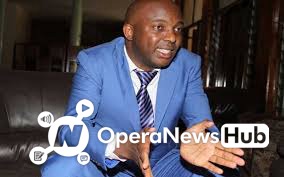 Speaking in an interview on Citizen TV on Monday evening, the senator has said that Secretary General, Raphael Tuju, send invitations to all Jubilee Senators inviting them to for the meeting in State House.

However, Kericho senator Aaron Cheruiyot who is allied to DP Ruto has refuted that they were invited to the meeting. According to Cheruiyot, the meeting was not attended by enough senators to pass the names of the new Jubilee leaders in the senate. The meeting which was chaired by President Uhuru Kenyatta ousted Senators Kipchumba Murkomen and Susan Kihika as the majority leader and senate majority whip respectively. The two senators have come out and refuted the ouster. Cheruiyot has also refused to recognize Samuel Phogisia and Irungu Kang’ata as the new party leaders in the senate.

Do you think this is the end of Jubilee Party?

I'm Serving My Constituents Comfortably Even After Removal From Parliamentary Committee

Photos Of William Ruto's Meeting That Has Left Kenyans Wowed