By Meshacksifunawafula (self meida writer) | 18 days 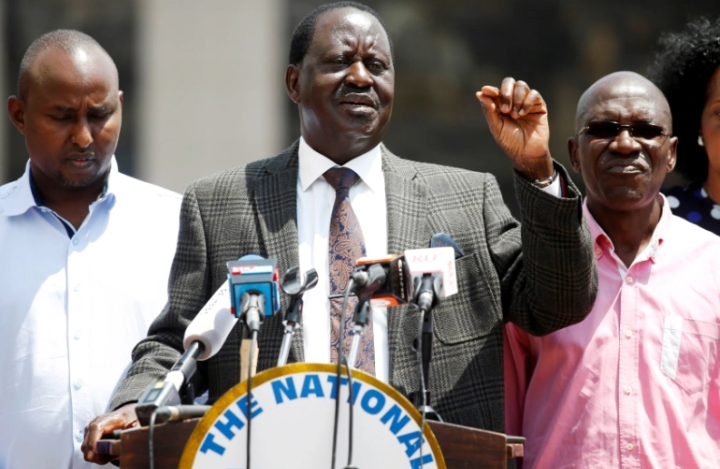 A renowned Lawyer has revealed the two things one need to be the president via his Twitter Account. He was using this words to ridicule NASA Principals who recently declared that they will vie for presidency during the next general election. Among these principals Who had declared that they will vie for presidency are Amani National Congress party leader Hon. Musalia Mudavati and Wiper party leader Hon. Stephen Kalonzo Musyoka.

The lawyer reveals that for one to run for presidency needs two things to consider. The presidential candidate should have solid support in over twenty four counties and money. He proceeded and said that if the candidate does not have governor, senator, MP or MCA in minimum twenty four counties then he should stop equalizing himself with ODM party leader Hon. Raila Amolo Odinga.

" To run for presidency, one needs Two things: solid support in over 24 counties and money...If you don't have a Governor, Senator, MP or MCA in minimum 24 counties, then please don't demand equality with BaBa. Be happy you are considered a party leader of your village party," he said in his tweet. 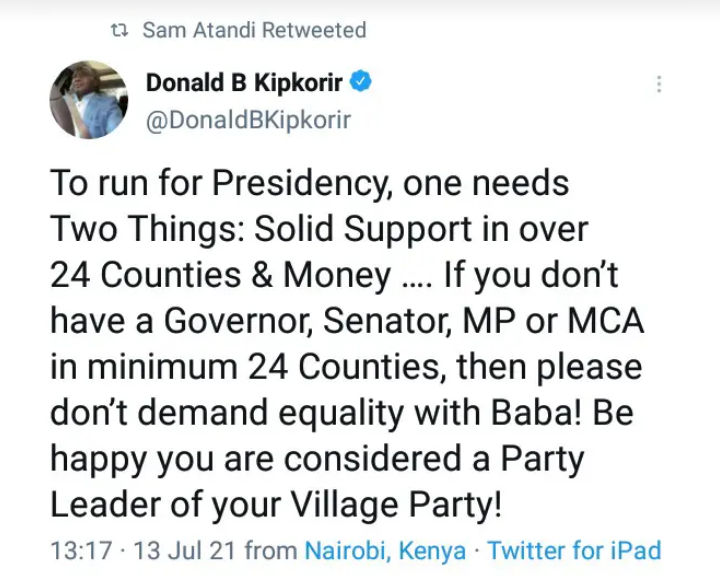 Recently, NASA Principals allegedly Reveals that the NASA coalition does not exist because ODM party have refused to support presidential candidate from other parties.

Per now, Rumours are moving around that ODM party leader Hon. Raila Odinga is the only NASA Principal Who can compete with deputy president William Ruto for presidency.

What is your opinion on this sentiment?

Content created and supplied by: Meshacksifunawafula (via Opera News )