What Mutahi Ngunyi has said about Ruto - Atwoli handshake

By OtienoNews (self media writer) | 1 month ago 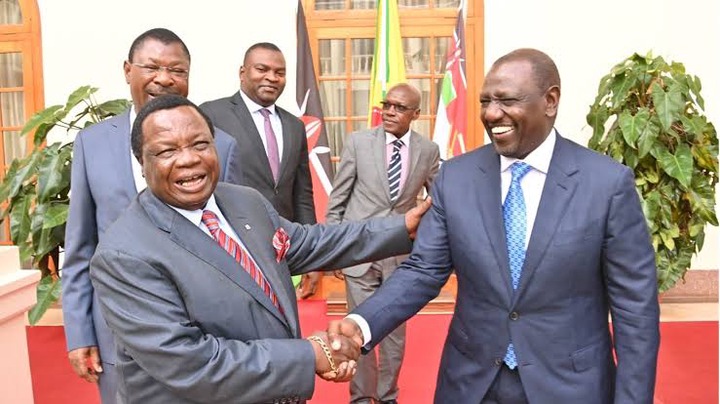 Ngunyi stated that Ruto, who was wronged by Atwoli owing to their political differences, supposedly apologized to Atwoli. According to the analyst, Ruto's code of conduct for statesmanship requires careful consideration.

According to Ngunyi, a political analyst, it is improper for an individual who has been wronged to seek reconciliation or offer an apology under President Ruto's administration.

"Ruto expressed regret to Atwoli. referred to himself as a young man in front of Atwoli. Atwoli had a wrong doing. However, he was given an apology. That's statecraft. Take some time to learn manruto," Mutahi Ngunyi wrote.

Atwoli established a culture of referring to President Ruto as a young man incapable of anything, including winning the most recent Presidential elections, under the direction of former President Uhuru Kenyatta. The COTU Secretary General predicted Ruto's defeat until the very last second, when Ruto triumphed and was elected president amid tense conditions.

Content created and supplied by: OtienoNews (via Opera News )