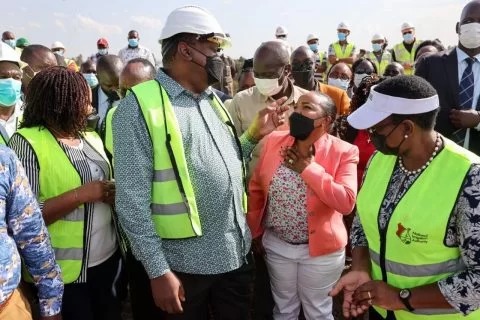 In fresh attacks, Ngirici who will be facing off with the governor in seeking the UDA ticket accused her competitor of opposing the KEMRI project by the national government because she wanted to grab a portion of the land.

Kenya Medical Research Institute (KEMRI) had scheduled to start the project valued at Sh15 billion in January 2016 delayed owing to a dispute between the national government and Kirinyaga county.

The county government was to donate 100 acres but Governor Waiguru said they would not release the title deed to the institution until they signed a memorandum of understanding (MoU) to hire local casual labourers.

”We are the ones giving out the land for free and the only thing we are asking of the institution before we release the title deed is for them to sign a contract indicating that a certain percentage of the jobs will be given to Kirinyaga residents,” said Waiguru said in February 2020.

However, a month later in March, the government compulsorily acquired 100 acres of land for the mega project.

Lands Principal Secretary Nicholas Muraguri confirmed the government had canceled the title deed held by Kirinyaga County Government and issued a fresh one to KEMRI.