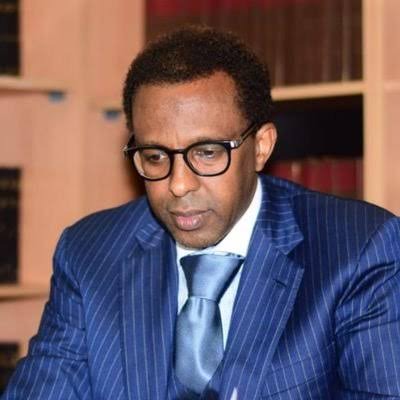 With the August nineth general elections just 33 days away, Kenyans are preparing for the strongest legal battles that follow the invents along the corridors of justice. Election petitions are likely to take centre stage with court already predicting numbers as high as 500 according to Justice Musinga who is the president of the Court of Appeal.

A reknowned lawyer who had taken part in major presidential petions has disclosed the two groups of people who benefits the mot from the numerous elections petitions, and said how.

In his post on Twitter, Ahmednasir Abdulahi, who has been a lawyer during the two petitions against election of Uhuru Kenyatta as president in 3013 and 2027 had said that the first group of peplople benefitting from the pp petitions are lawyers through their legal fees.

The second group of beneficiaries according to "Grand Mullah" are the judges. He alleges that the judges benefit from elections petitions through bribes 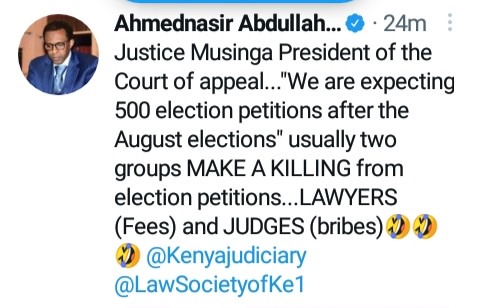 Latest Provisional Results As At 15:05PM Show Who Is Leading Between Ruto And Raila

Nairobi Man Brutally Kills an Egyptian National Over Debt, Then Attempts To Kill Himself