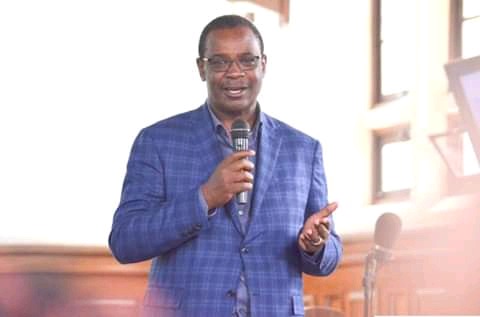 The former governor of Nairobi city county Dr. Evans Odhiambo Kidero (pictured) was speaking yesterday during an interview with one of the digital news platforms in the country.

The former governor revealed that he is sad because the mandate of his successor governor Mike Sonko has been overtaken by Nairobi Metropolitan Services (NMS) under General Badi.

Dr. Kidero noted that creation of Nairobi Metropolitan Services was unnecessary claiming that even when he was in the office he signed with the Newational Government the Urban Areas and Cities Act which recognizes Nairobi being the capital city.

The former governor went ahead to not that even the amount of money allocated for Nairobi City County is small as compared that of Nairobi Metropolitan Services which is being sponsored directly from the office of the president.

"The amount of money Nairobi City County is getting from the Revenue Sharing Formula is not sufficient," he added.

Kidero however, denied to rate the performance of governor Mike Sonko claiming that only Nairobi City County constituents should do that since they overwhelmingly voted for him in the last general elections.

The former governor is also rumoured to be warming up for the gubernatorial race of Homa Bay county in the coming 2022 general elections under Orange Democratic Movement (ODM) party.

On 22rd April 2020, governor mike Took to his facebook page to reveal that he didn't know whatever he signed with president Uhuru Kenyatta.

The county boss also threatened to move to the court to terminate the agreement he signed with the president claiming it was illegal.

"Kumeng'oa Nanga" What Next For Ruto? Raila Set For Crucial High Profile Meeting