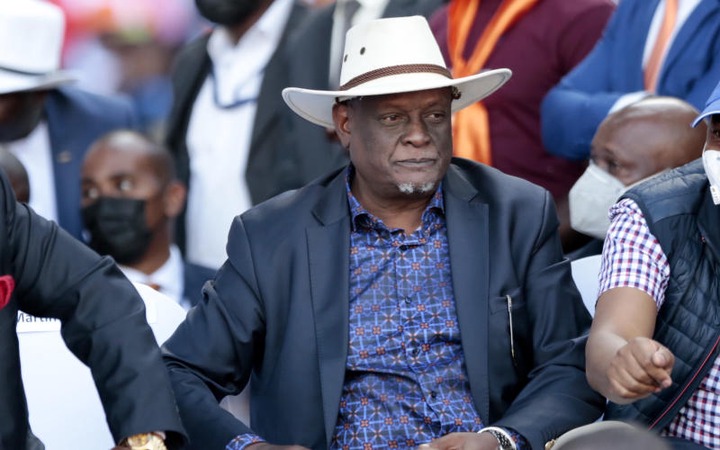 Jubilee's Vice Chairman David Murathe has stated that the president is keen to safeguard his legacy and will be handing over power to however wins the August presidential race, with eyes on Raila Odinga and Deputy President William Ruto.

Speaking with NTV on Sunday May 22, Murathe argued that the president is retiring from politics, and has taken a back to concentrate on his last days in office, remarks that comes a section of Kenyans wondered why Uhuru never attended Raila's event at KICC on May 16 when he was unveiling Martha Karua as his running mate.

Reacting to claims that surfaced on Sunday, that Uhuru will be campaigning for Raila from June 1st, Murathe said that they do not expect him to hit the ground for Raila despite endorsing his presidential bid.

He argued that Uhuru is not on the ticket, and thus Azimio supporters should not be eager of such a campaign in the coming days, although he did not rule out of a possibility that the president might shown up and urge Kenyans to support the ODM leader.

"You do not expect the president to campaign, and that is why you have see its Martha and Raila, and today the two were in Narok. They are the ones in the ticket, Uhuru is not."

"He is going home in the next 80 or so days, but he has to oversee a peaceful elections and transition, it is time he puts on his shoes as the president and Commander in Chief," said Murathe. 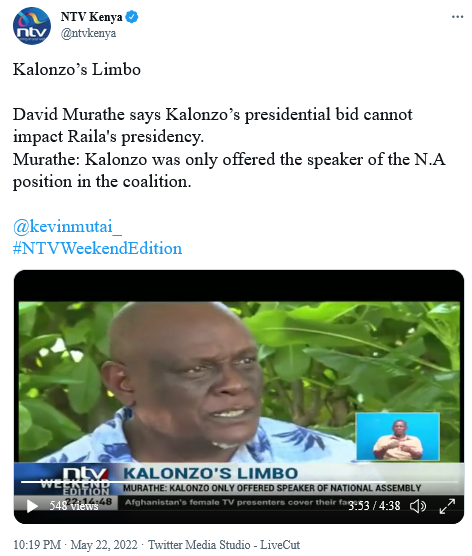 Dp Ruto Buys Brushing Twig For Ksh 20,000 From A Kid At Marsabit

Watch What Happened To Former DO, Rigathi Gachagua After Landing In Ruto's Turf Today