The Constitutional Amendment Bill 2020 popularly known as BBI was dealt a devastating blow after the Five-Judge bench of the High Court of Kenya declared the whole process invalid, null and void. Various leaders from the political divide have reacted differently on the decision. Those who support the Handshake between president Uhuru Kenyatta and former prime minister Raila Odinga have condemned the ruling while their counterparts who supports Dr William Ruto have celebrated it. 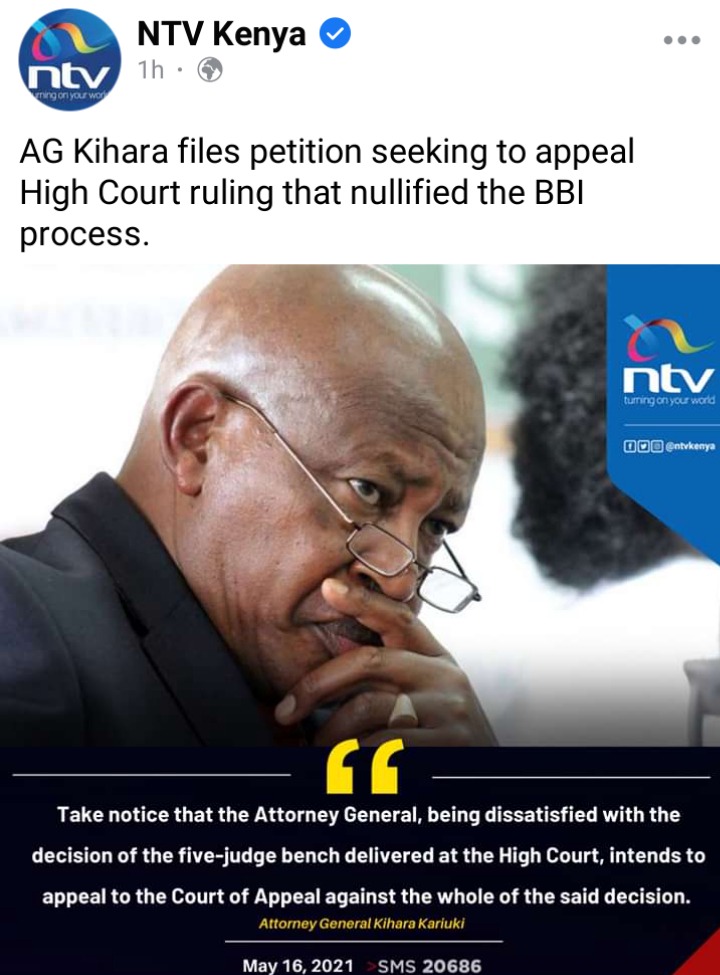 The proponents of the bill have been contemplating on the next move with an appeal being their magic wand. On Sunday 16th June Attorney General Paul Kihara Kariuki announced that he was not satisfied with the decision of the High Court and that he had appealed. 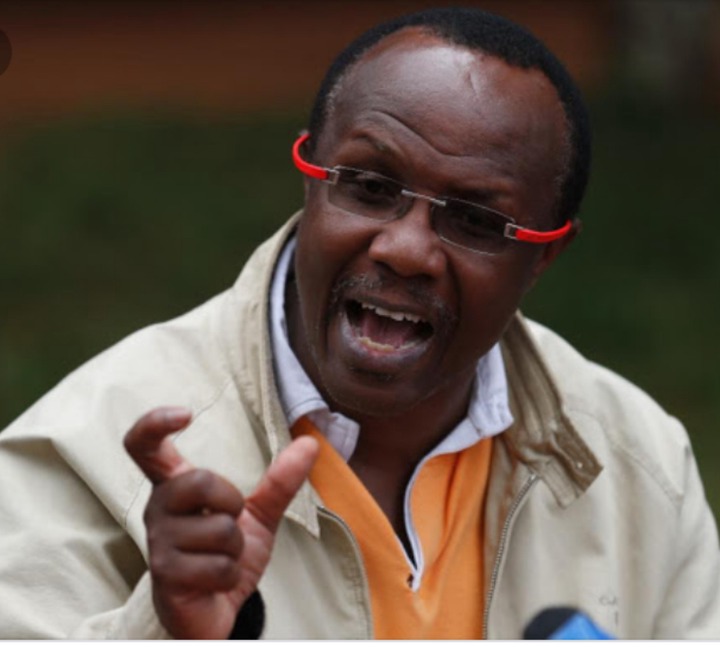 Economist David Ndii however thinks that it is impossible for him to appeal. He took to his Twitter account to air his opinion about the issue. He claimed that no court registry is open on Sundays. This means that the AG lied. 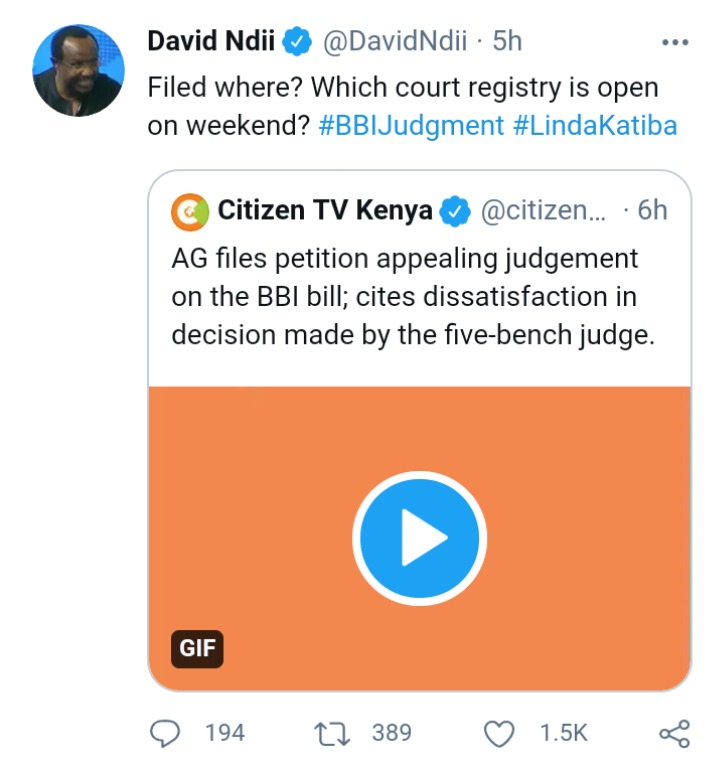