By mungajane (self meida writer) | 1 months

High tension has locked Rurii Ward by elections in Nyandarua county. Roadblocks gave been mounted into the Rurii ward. "Roadblocks into Rurii Ward mounted. UDA chief agent Higgins Mbugua and Daniel Githinji arrested. For arriving at the ward early to guard the VOTE. Kifua and Guns will NOT win!", states Dennis Itumbi on twitter.

"DISTRESS Texts from Rurii Ward. Our rooms surrounded by police officers Because of Rurii by-election", stated Irungu in a statement seen by the writer. 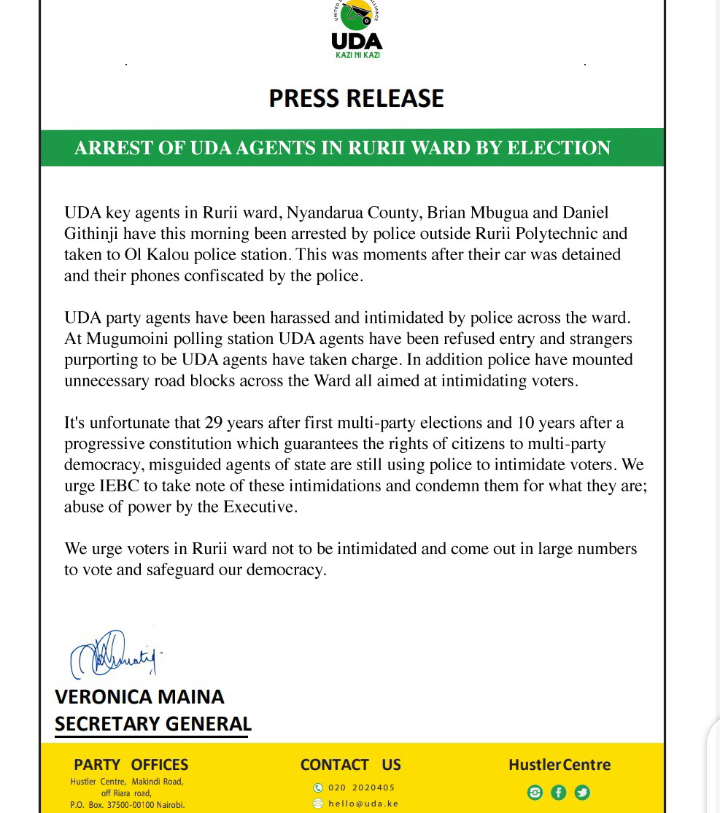 The drama has come after another drama was ensued during the Bonchari by elections in Kisii County after a resident was arrested for allegedly bribing voters. In a viral video online the police officer are heard saying that the man started bribing very early in the morning as soon as the by elections kicked off. 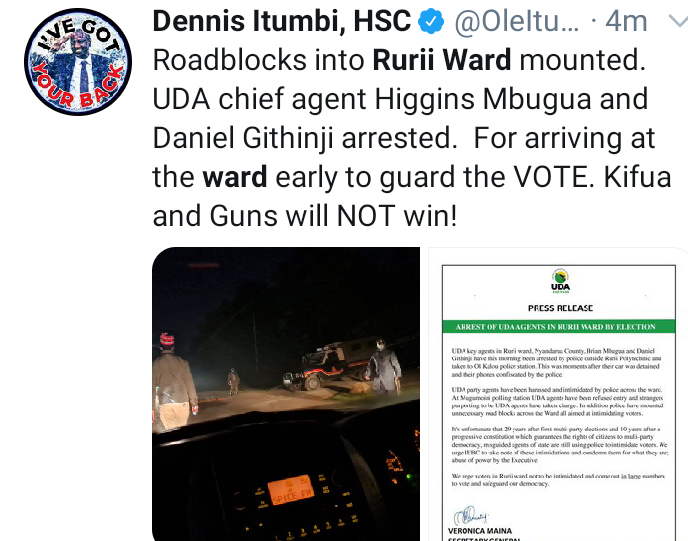 Mudavadi, Wetangula to Get Plum Post in Ruto's Government as Insiders Leak The Plan