By Trending_channel (self media writer) | 6 months ago

DP Ruto's biggest regret, according to Manyora, is that he was so certain of victory in the August elections that he never wanted to audit or oversee anything related to elections.

"Ruto was adamant that he would win. He never wanted anything to get in the way of his win. He was so confident that he was going to win by a landslide. Because he is going to win, he never sought to audit or supervise anything. That's going to hit him now!" Manyora remarked. 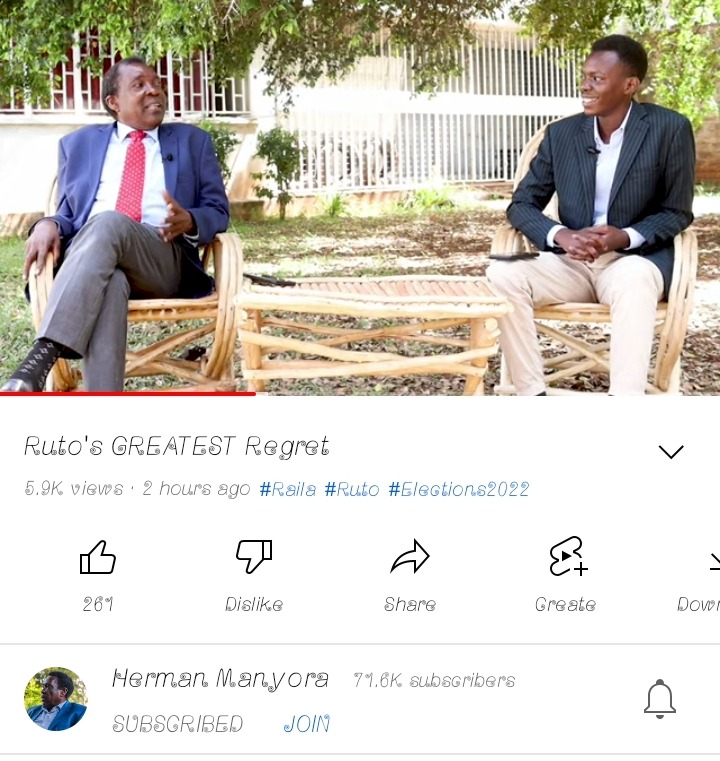 He has gone on to say that things will keep coming up between now and election day, and each will give DP a tremendous blow because he never listened.

"Things will come up every month or two weeks between now and the election, there will be administrative changes, and each of them will hit him so hard that he will wish he had listened to Manyora. They believed they had won and that nothing could prevent them from achieving their goal "Manyora went on to say.

Latest Statement From George Magoha on Re-Opening of Schools.

Kalonzo, Karua Speak Strongly on Their Bid to Have Ruto's Win Overturned

Updates: Government Clears the Air After Viral News Schools Reopening of Schools Had Been Changed