By Emmanuel-Wamalwa (self media writer) | 3 months ago

Deputy President William Ruto now says God has seen the prayers of Kenyans over the BBI judgment at the Court of Appeal, claiming that the plans to have Kenya`s constitution destroyed were stopped. 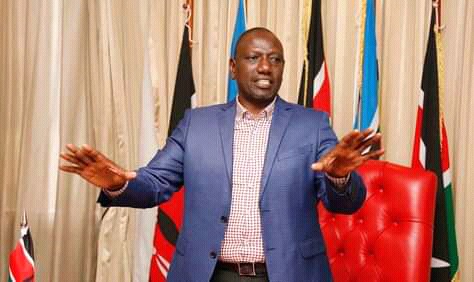 Justice Musinga noted that BBI would majorly increase the total membership of the executive appointees to 5, and in return, it will serve the Independence of the Judiciary a claw back.

He further stated that should there be any need to amendment the Constitution as it were in 2010, then, rigorous and transparent measures and procedures had to be followed. 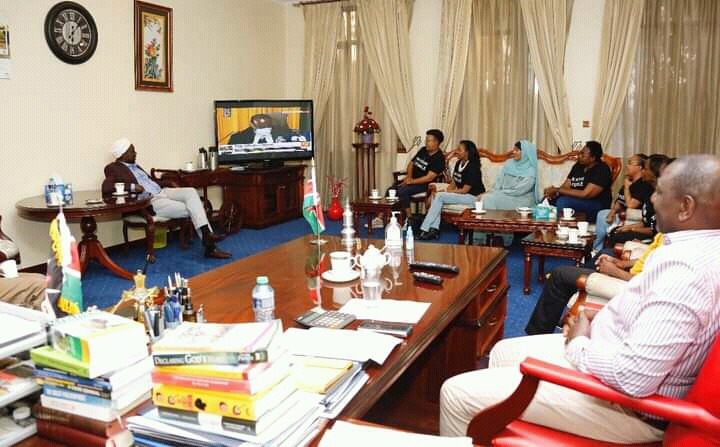 “Rigorous Constitutional changes procedure similar to that used to adopt the 2010 Constitution must have been observed. Basic structure is very applicable in Kenya,” he said.

On the other end, Justice Nambuye slammed the procedure by which, the BBI came into being, stating that it was not an idea that came with the people but a few Individual in the government, thus, pulling it down. 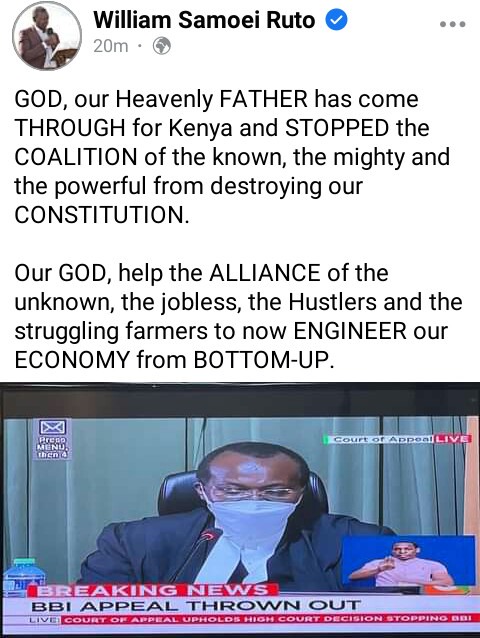 “BBI was an executive-driven and not a people-driven initiative,” she said, further stating that the extra 70 constituencies and proceedings to delimit the counties were unconstitutional.

Justice Patrick Kiage slammed the core objective of the BBI, stating that any amendment that radically alters the core principles of a constitutional charter is an amendment but rather a dismemberment. 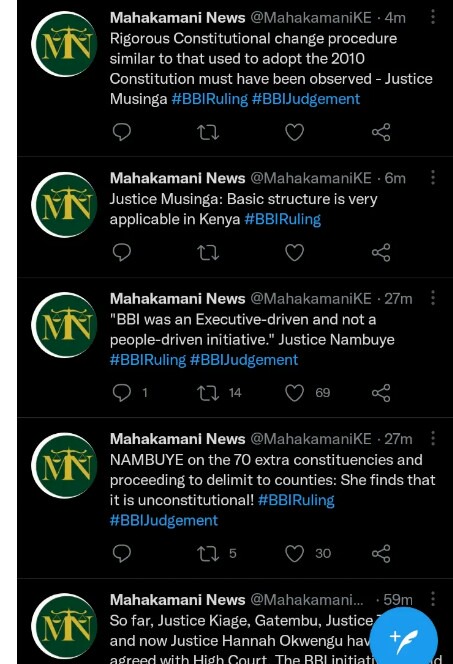 He slammed the opponents ardently clearing the air that no matter the curve with which the promoters and non-promoters come in with, the cutes were so mortal on either way.

“Any amendments that radically alters the core ethos and principles of a constitutional charter is not an amendment but a dismemberment and is deemed unconstitutional…it matters not whether you curve Caesar as a dish fit for the gods, or hew him as a carcass fit for the hounds, the cuts are mortal either way,” Justice Kiage said.