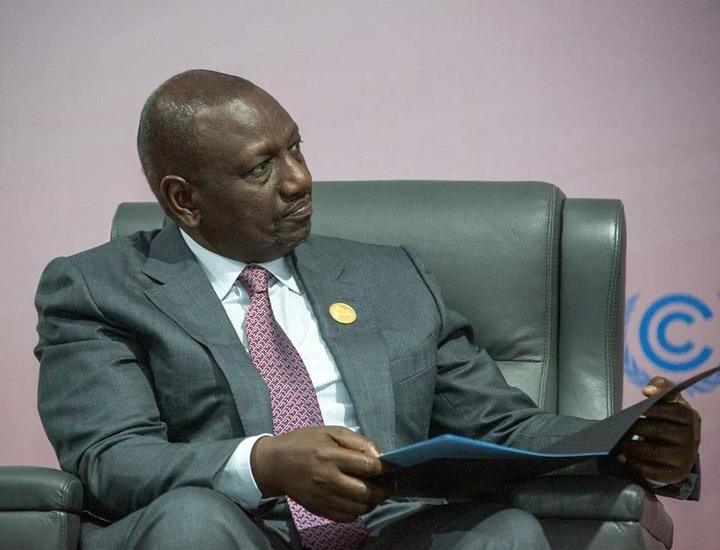 Azimio La Umoja coalition now claims President William Ruto and his Kenyan Government are on the path of leading the Country into the authoritarian Nation.

The allegations come at a time when President Ruto's Government has imported the GMO maize without the involvement of the public deemed to be the consumers of the very products.

The Azimio La Umoja coalition asserts that such moves by President Ruto's Government might lead the country into a path of no return, sounding warning to the head of state to reschedule his working ethos and logos barely a few months after he took office. 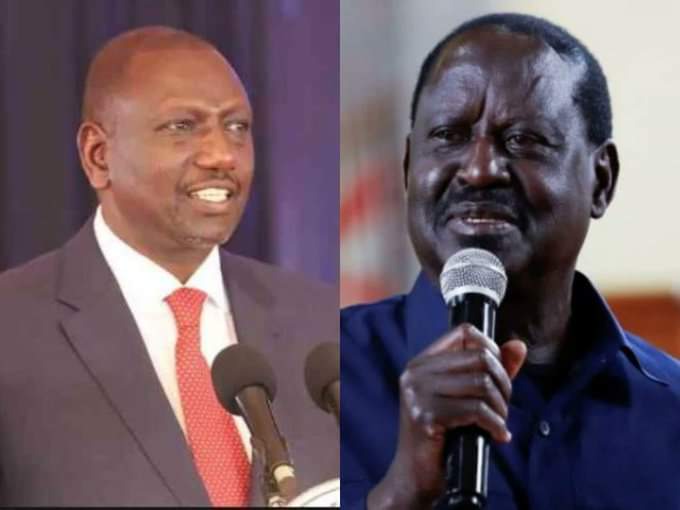 Kisumu County Governor Anyang' Nyong'o while reading out the coalition's stand on how the government is being ran and operated, asserted and assured Kenyans that they will not sit and watch as the dictatorial era is brought back.

According to the emerging reports, the Star Publication revealed that the Azimio La Umoja coalition will lead Street protests in a call to have President Ruto's Government kept in check.

"We shall not allow the re-establishment of authoritarian and violation of human rights," the Azimio resolution reads. 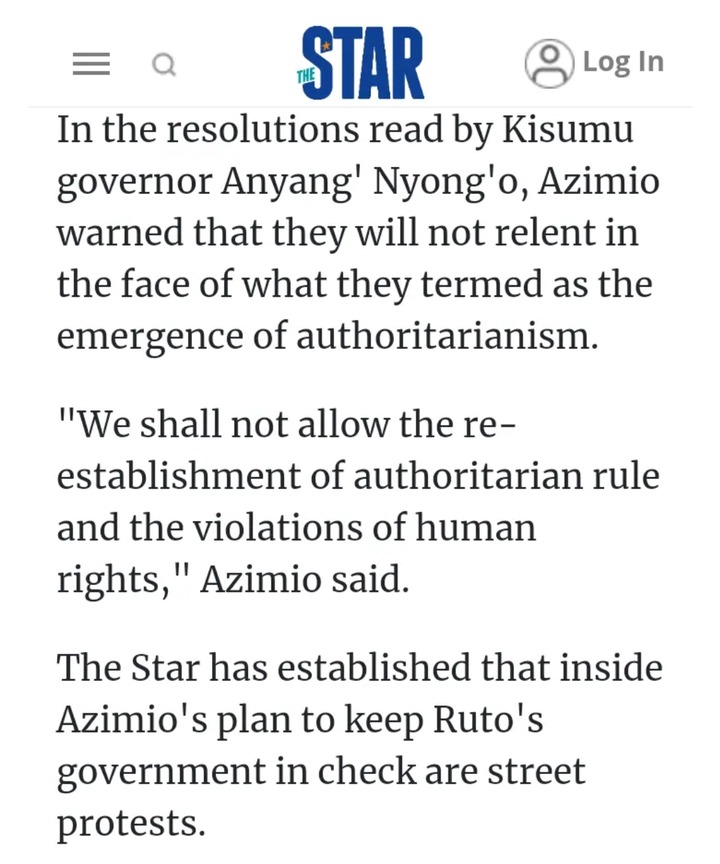 A couple of days ago, the Orange Democratic Movement Leader Raila Odinga opposed the notion made by Trade Cabinet Secretary Hon. Moses Kuria who alleged that there are a 1000 ways to die in Kenya and the importation of the GMO foods was one of them.

Raila, slammed the CS, asserting that the lives of Kenyans are so special to be played with using such utterances. He noted that, a government that doesn't understand the effect of GMO needs to be schooled.

The ODM leader further claimed that the head of state was under the pressure of the Europeans, claiming that they are using Kenyans as guinea pigs to test try their scientifically made foods.