By Madexposa.com (self media writer) | 3 days ago 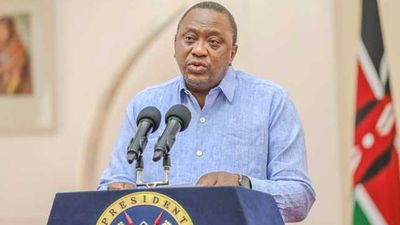 (File Photo/President Uhuru Kenyatta of the Republic of Kenya)

In a number of times, Jubilee Government has been brushing shoulders with Kenyans over a number of moves which the Government make as most of them force Kenyans to go up in arms over.

In that connection, Kenyans ganged up against Jubilee Government on Tuesday 12th of October after reports of a sh6.3bn loan the State reportedly borrowed in a bid to fund the ongoing Bus Rapid Transit (BRT) project in Nairobi emerged. 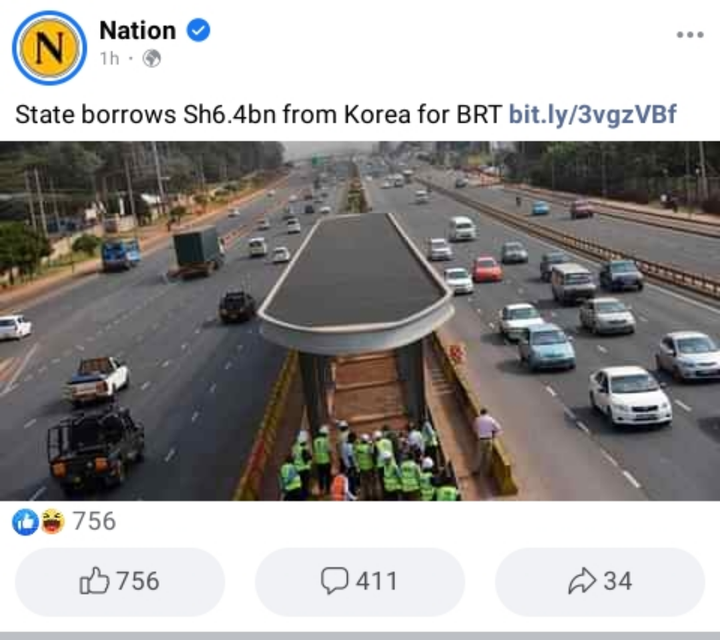 As per the divulgement, Jubilee Government is reported to have borrowed a sh6.3bn from Korea in a bid to fund the Bus Rapid Transit (BRT) project.

However, Kenyans expressed different opinions over the divulgement having a number of Kenyans condemning the Government for such a move citing the common 'Wanjiku' are the ones to feel the pain of the loan. Below are few of the comments; 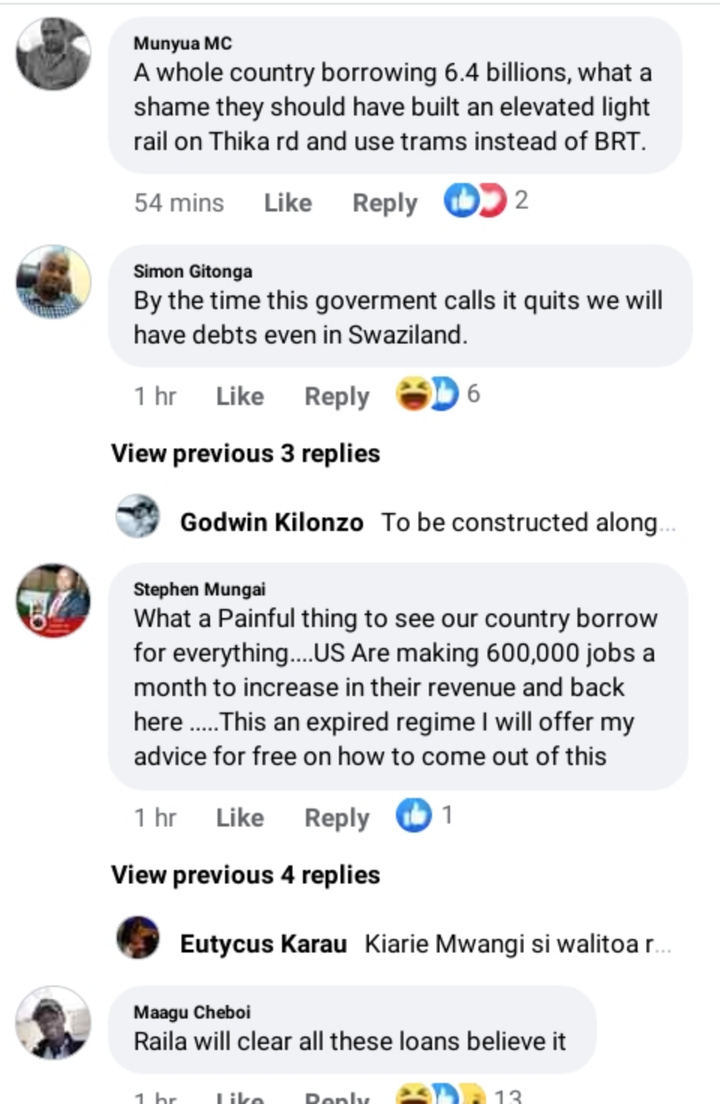 @Jb Kapilo~ "Jubilee Government has failed us terribly with this loans. This Government is wealthy enough to fund self but due to the corrupt individuals in the Government Kenya has been looted to nothing". 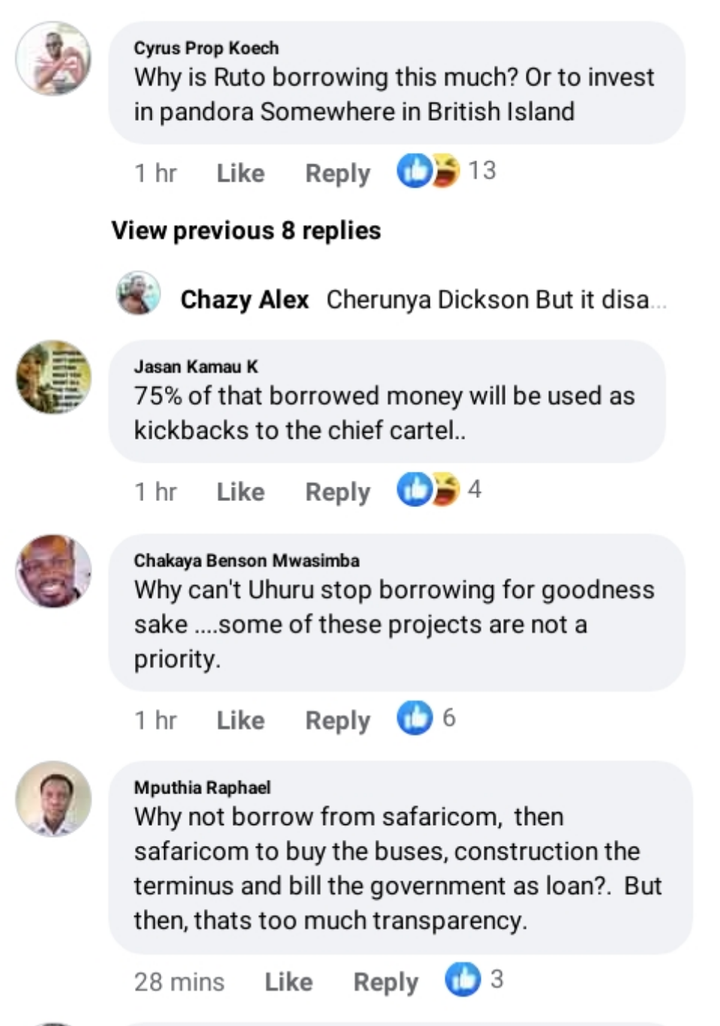 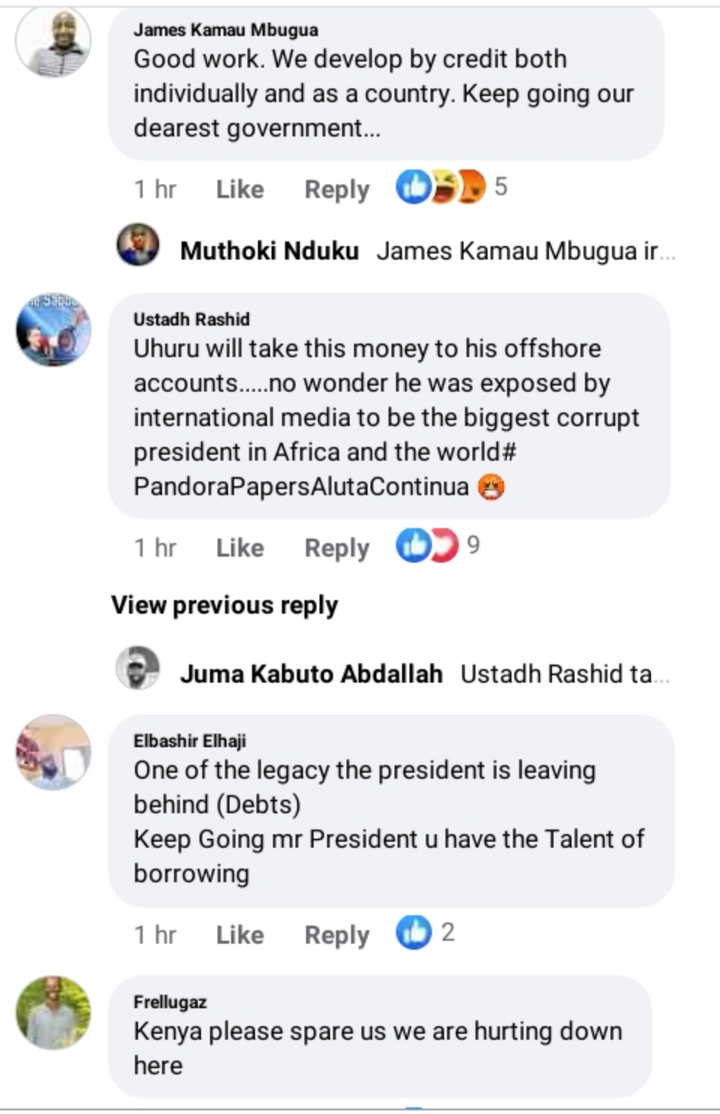 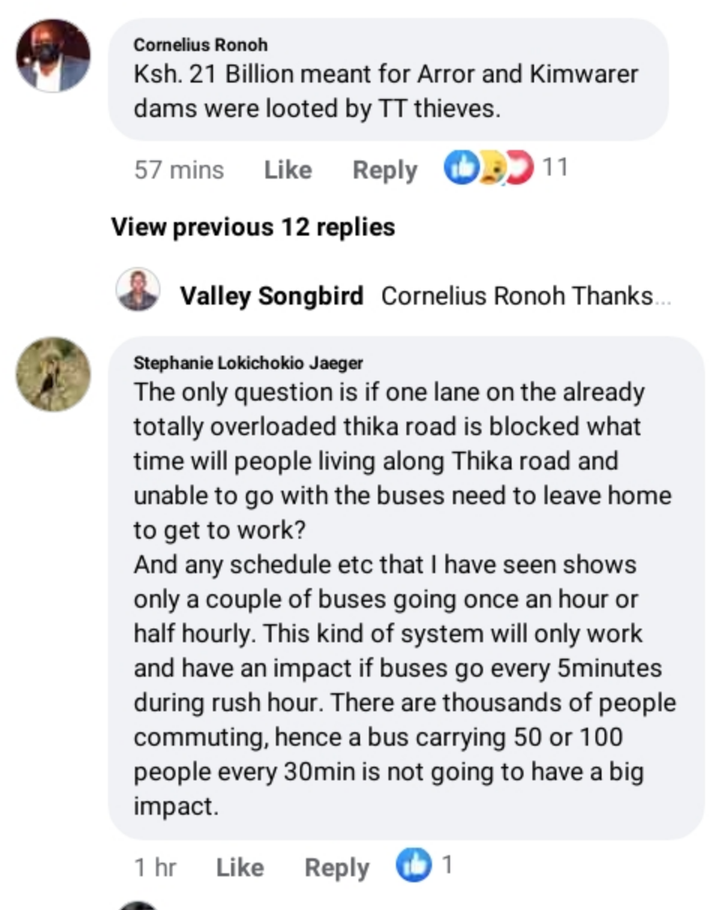 What is your opinion over this matter? Why do you think Kenyans are soo bitter about Jubilee Government's move in borrowing loans?