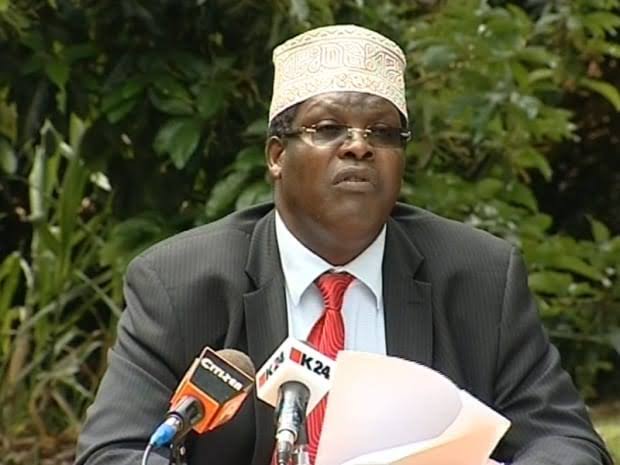 Controversial lawyer Miguna Miguna has once again reprimanded the political class ahead of the August elections.

Miguna who declared his allegiance to Deputy President William Ruto's presidential bid came up with a list of three United Democratic Party, UDA politicians whom he says are 'undisciplined,' unreliable and rogue.

His list comprised Tharaka Nithi Senator Kithure Kindiki, UDA Chairman Johnson Muthama and Kakamega Senator Cleophas Malala. The three, he noted have been going around reversing the gains the Kenya Kwanza Alliance has made in terms of campaigns ahead of the August elections. He added that they have been treacherous in their own party by the way they attack fellow members. Miguna therefore called for an intervention by party organs.

"Three indisciplined rogues in Kenya Kwanza Team who must be restrained are Kithure Kindiki, Cleophas Malala and Johnson Muthama. Instead of mobilising voters to defeat Uhuru Kenyatta and Azimio La Umoja One Kenya coalition presidential candidate Raila Odinga, they have been firing impotent missiles at their own team," he said on his official Twitter handle on Saturday evening.

His allegations seem to point out how Kithure Kindiki failed to appear at Karen when Ruto was unveiling Mathira Member of Parliament Rigathi Gachagua as his running mate.

Kakamega Senator Cleophas Malala on the other hand took issue with the DP's forays in Western Kenya accusing him of being the reason why Mudavadi and Wetangula might not reach the 70 per cent Western region votes set for them. Muthama is also a hardliner in the coalition having disputed Maendeleo Chap Chap Party leader Alfred Mutua's inclusion into the outfit.

Kericho Man Still Missing a Month After His Car Was Found