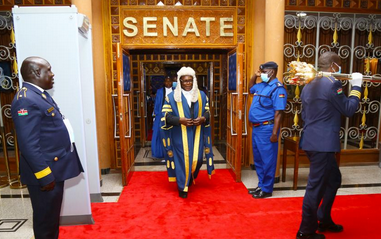 After the August 9 polls, all eyes are now glued to the Kenya Kwanza Alliance, and the Azimio La Umoja One Kenya Alliance on who the two teams are fronting as their Speakers in both the Senate and the National Assembly.

As at now, the Azimio team have 162 MPs while KKA have 159, 12 are independents with 12 awaiting nominations, not forgetting that the IEBC is yet to conduct elections for 4 constituencies; Kitui Rural, Kacheliba, Pokot South and Rongai.

According to a report by KTN News, insiders from the two camps are keen to choose their speakers of the two houses, although it has been reported to be an uphill tasks in the Azimio side.

Some of the names that have been listed are the Speaker of the National Assembly Justin Muturi and Kilifi Governor Amason Kingi to assume the speaker of the Senate after Moses Wetangula recaptured his seat, since according to the KKA agreement, he was to be the Senate Speaker.

In Azimio, Wiper party leader Kalonzo Musyoka has been proposed for the speaker of the senate.

The seat is currently held by Ken Lusaka who has been elected as Bungoma Governor under the Ford Kenya party. 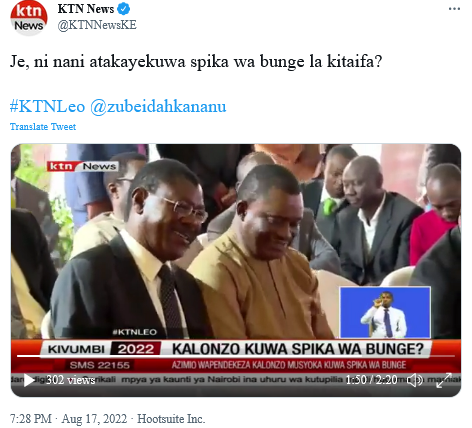 Daylight Robbery as Man Loses Sh.1.5 Million To Armed Robbers Moments After Withdrawing From a Bank

NEWS JUST IN: Former President Uhuru to Fly Out of The Country in First Official State Assignment

Is Chromebook Good For Gaming