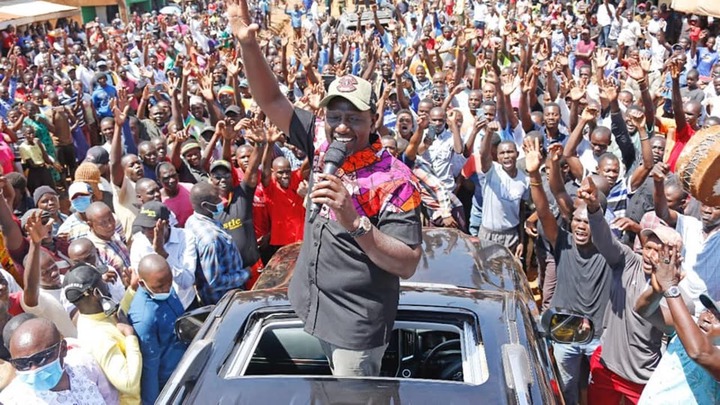 Anne Waiguru, Governor of Kirinyaga, has explained why Deputy President William Ruto is more popular than other presidential candidates in the Mt Kenya area. In an interview with a local daily published on Sunday, October 17, the Kirinyaga governor claimed that the bulk of Mt Kenya inhabitants were more linked with Ruto and the United Democratic Alliance (UDA) due to political messaging. Ruto, according to Waiguru, has taken his time to engage with the people of central Kenya through frequent visits to the region and participation in development efforts. 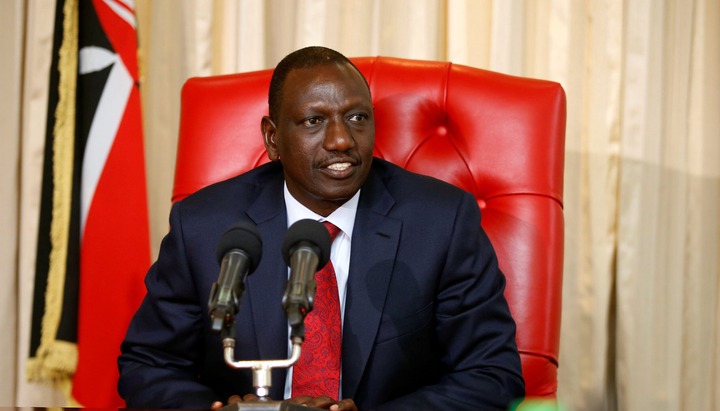 "Ruto's popularity in Mt Kenya stems from his ability to connect with the young. They even claim, Anatufeel, with heart and passion "She disclosed. Waiguru, who is serving her first term as governor, went on to say that the handshake gave the DP an edge since he listens to the concerns of the people. "Ruto camped out and was present for the last four years while those men traveled across the country marketing the Building Bridges Initiative (BBI) and the Handshake. He made contact with them "Waiguru said. 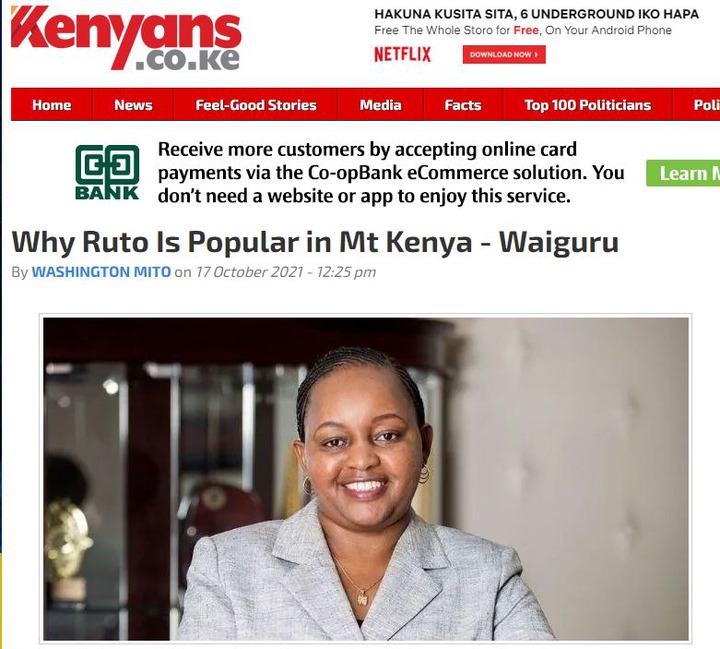 The 2022 gubernatorial candidate, who has lately stated her willingness to collaborate with the DP, went on to say that many people in her region felt they owed Ruto because of his active participation in President Uhuru Kenyatta's statehouse efforts. "They also believe he had a significant role in President Uhuru serving two terms," she added. During the interview, Waiguru also stated that she will take her constituents' feedback into account before announcing the party for which she will run for re-election. The governor voiced confidence that she will run for re-election on the platform of a political party that will ensure her re-election. 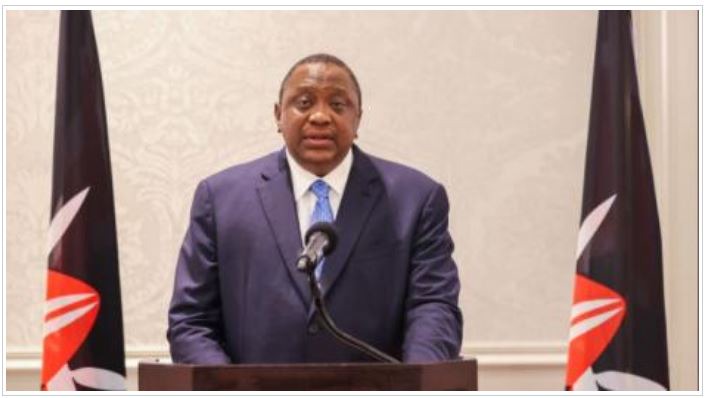 She explained her feelings by noting that politicians join political parties that ensure their election. "They (Uhuru and Raila) were both dismissed from the Cabinet by the then-President in 2005." But in the 2007 elections, he (Uhuru) deserted Raila," she defended her position. Waiguru also said that the voting pattern in Mt. Kenya will be different in the 2022 General Elections, noting the region's difficulty in establishing a political kingpin. "Those plotting successions believe that if they get someone from Mount Kenya, they would be able to convey the votes to either Raila or Ruto." They are incorrect. People are no longer bound by tribal ties. That arithmetic has been thrown off by the younger generation. "Young people are telling us that this time, they will be the ones directing us where to go," the governor declared. 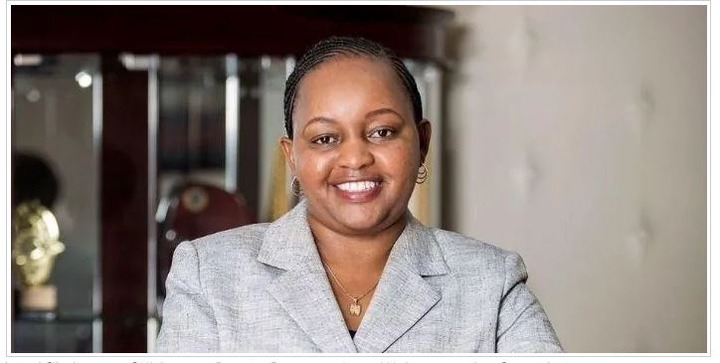