"Stop Insaulting Raila's Allies in Mt Kenya If They Don't Support You, Move On" Ruto Told

ODM Chairman John Mbadi has warned Deputy president William Ruto against throwing insaults at Raila's allies including Mt Kenya governors urging that He should accept and move on if some leaders have decided not to rally behind His Presidential Bid just like Raila does His Campaigns.

Mbadi said that Odinga has been a very peaceful and persuasive Man in Politics together with His good track record of Statesman ship That has made leaders in Mt Kenya and other regions to support Him unconditionally. He however told Ruto stop being bitter and campaign in a more strategic and peaceful way since politics is all about convincing people.

"When I see Ruto speaking bitterly, I wonder what the problem is because He keeps insaulting Raila's allies especially Mt Kenya governors in public as if they have stolen His properties. This is wrong and He must style up and accept results especially with the fact that the County Bosses have declined to support Him. Raila is loved Freely because of His good governance and unifying factor. "The Mp says.

He also Said that Raila has accomplished more than Ruto and therefore He deserves more respect. Mbadi claimed that Odinga was behind various infrastructural developments in the Country, and conservation of Forests that has seen the Nation gain alot since 2007 when He formed the grand coalition government with Mwai Kibaki. He urged Kenyans to elect Him if they want a better country. 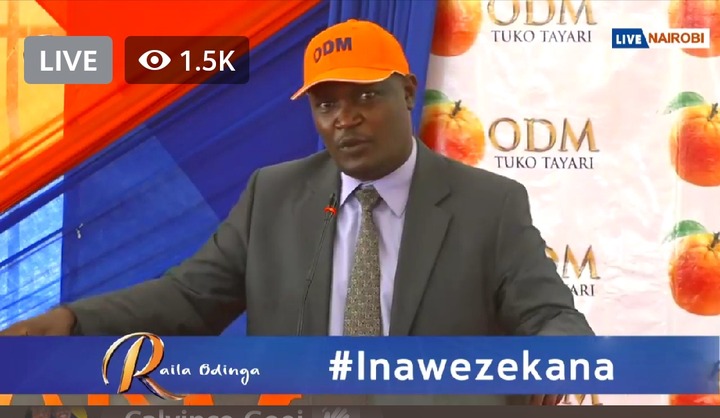 "When you see Raila here, this is a Man who should be given more respect than Ruto be use He has accomplished more for Kenyans than any other leader. He championed for the infrastructure developments and partnered with conservation sectors to make sure they protect our forests since 2007 in Kibaki's government. I hereby advise Kenyans to elect this Man if they really want to make strides in development. "He added.

The lawmaker has been actively drumming support for ODM and defending Raila Odinga against attacks from rivals on different political avenues, while accusing Ruto's Camp of using bad language and unlawful tactics to gain popularity.

Finally Fit Again, Ralf Rangnick Reacts on Paul Pogba Training and Reveals what is Ahead of the Star