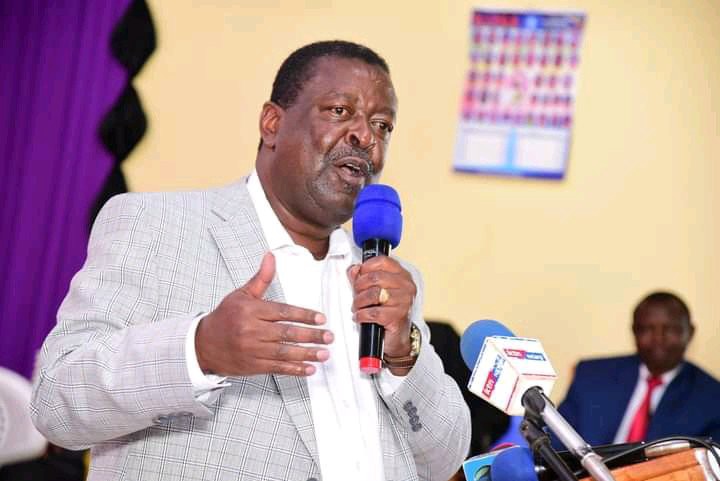 Mudavadi appears determined to face his opponents, as he did in 2013, when he squared off against President Uhuru Kenyatta and Raila.

Mudavadi has stated unequivocally that he will not play second fiddle in 2022, warning competitors to brace themselves for a bruising battle.

He has previously been accused of being indecisive, and there is widespread speculation that Mudavadi is under intense pressure to drop out of the race in favor of Raila.

Raila, according to the ANC boss, should support whoever is chosen as OKA flagbearer, not the other way around.

According to ANC deputy party leader Ayub Savula, party leader Musalia Mudavadi has been visiting the Murang'a region since June and has made inroads. Savula added that Mudavadi is trying to cement his Presidential bid ahead of the coming elections. 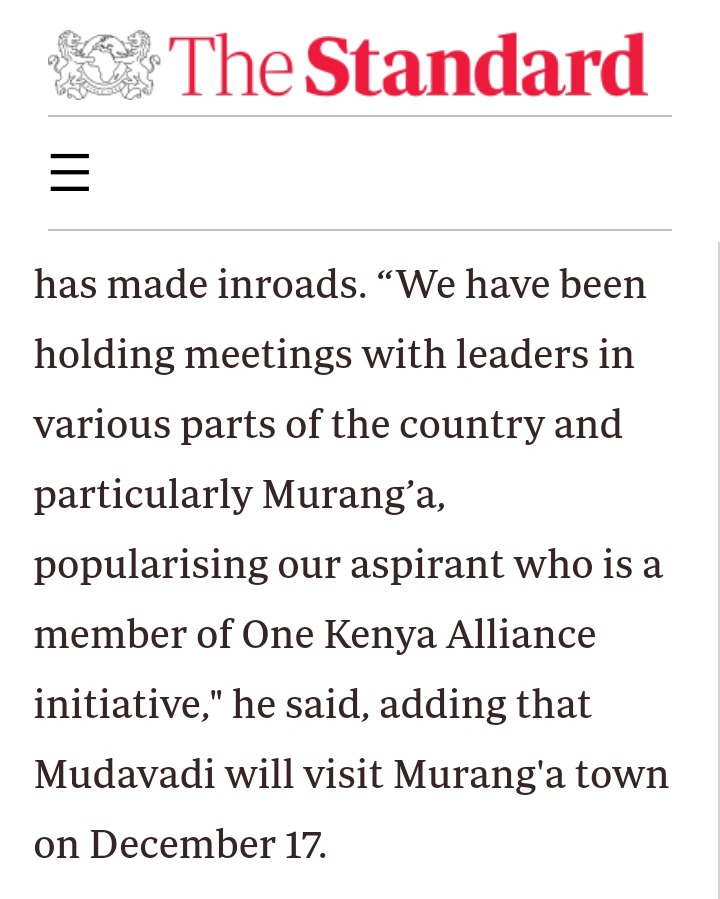 Jimmy Wajigi Speaks After Being Released From Police custody, Sends This Message to his Rivals