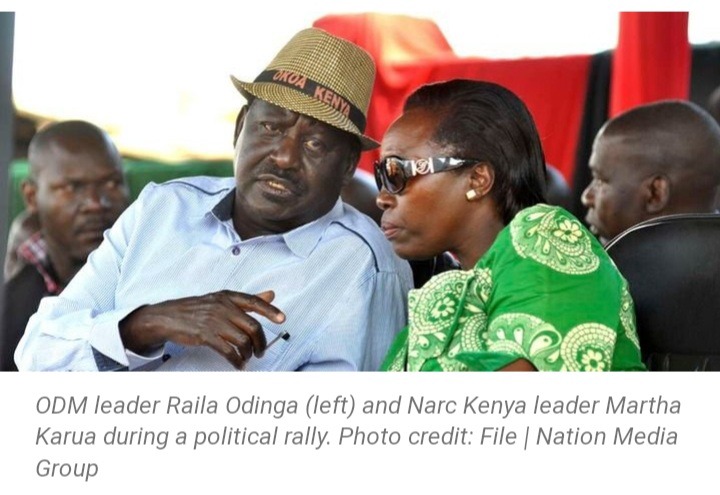 Addressing the media at the Kenyatta International Convention Centre, Raila praised Ms Karua for her zeal and human rights record.

Odinga’s decision may give him greater credibility, as Martha Karua is seen to be an independent thinker willing to stand up for her principles.

Women account for 51% of Kenya’s population, according to a 2019 census, so the former Prime minister bets big on Mount Kenya.

Kenyans knew Raila will pick Kalonzo Musyoka as his deputy president, as per the last two elections in 2013 and 2017. Musyoka, an ex deputy president under Mwai Kibaki, announced on Twitter on Monday that he’ll contest for the presidency on a joint ticket with Andrew Leteipa Sunkuli as his running mate.

The Azimio la Umoja presidential candidate said that if he becomes the fifth President of Kenya, he’ll appoint Kalonzo Musyoka as chief cabinet secretary and Wycliffe Oparanya, currently a county governor, as head of the National Treasury.

DP Ruto as at now remains the most popular candidate to win the election, with 39% of people surveyed last month by Nairobi-based Tifa Research saying they’d vote him, compared with 32% for Mr Odinga. A presidential candidate should win more than half the national vote and at least a quarter of the ballots cast in half of Kenya’s 47 counties to win. 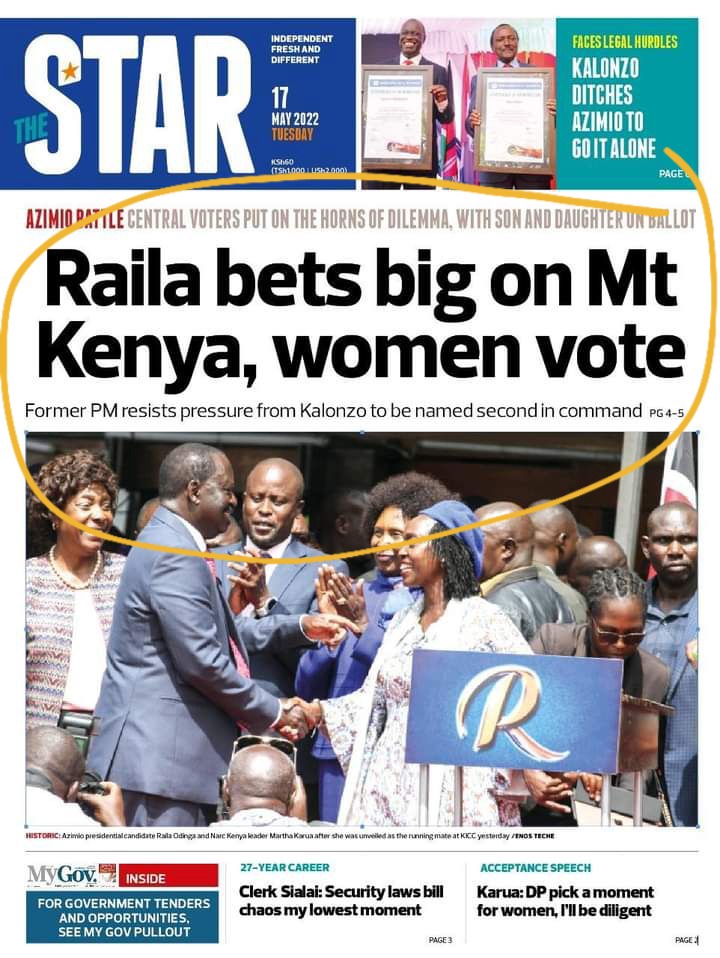 7 Steps And Tips To Help You Get A Girl Back If She Hates You, Use These Steps To Your Advantage

Joshua Kutuny Makes A Morning Announcement Ahead of Polls