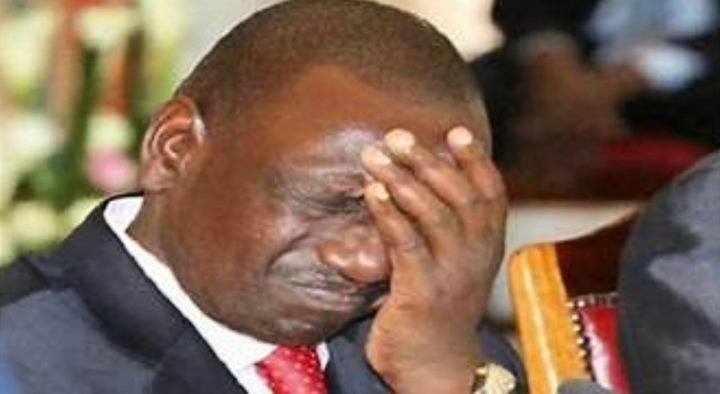 Nandi Hills Mp Hon Alfred Keter has taken on Deputy president William Ruto, concerning the ongoing negotiations where He is allegedly demanding some of His allies, to fold their Briefcase Parties and Join UDA, in order to support Him for His 2022 Presidential aspirations.

Keter who really appeared Pissed Off by Ruto's behavior, took to His Facebook page to attack Him, while giving His own piece of Mind at this time where the Dp is at the brink of loosing Mt Kenya Mps, who disagreed to His requests of making an alliance together.

Keter now says that the Move by Ruto in trying to push His allies who are party leaders in their Village Parties, into joining His UDA Party is totally unacceptable, because it fully Exposes the dictatorial tendencies of Ruto.

He However went ahead to say that Our Constitution allows each and every individual in the Country, to form their Individual Political Parties and also have a right to make informed decisions, on which Political outfit they want to join and merge their efforts in order to form a Coalition that they will use to Mobilize Kenyans to vote for them.

The Nandi Hills Mp however told Off Ruto saying that He should learn to listen, Support and stomach Criticism from other leaders, who are sorrounding Him instead of making selfish intrests of forcing them into UDA without their willingness. 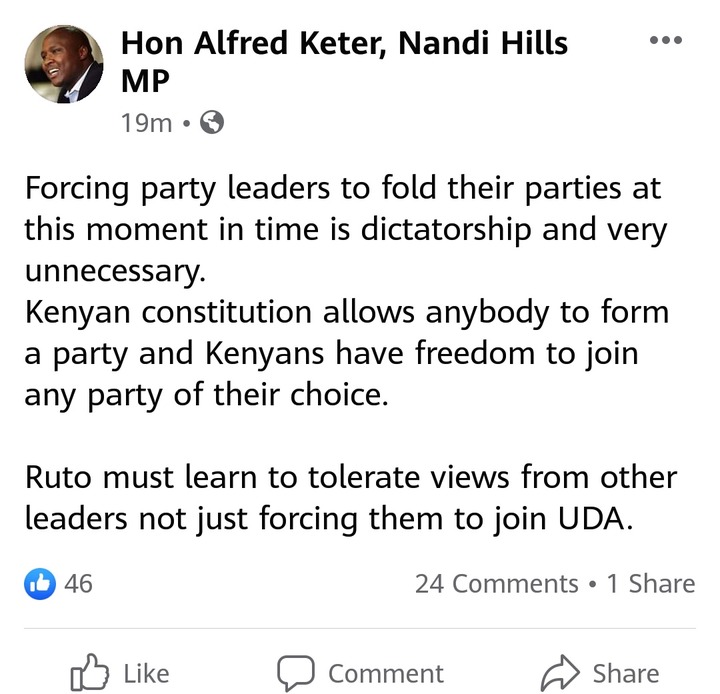 The Vocal Mp who has been sidelined when it comes to the Rift Valley Politics has been on a constant mission to make sure Dp Ruto looses His popularity in the Kalenjin Community, whom He has banked on them to vote immensely to make Him the fifth president of Kenya in 2022.

This timely sentiments from Hon Keter comes at this time where many leaders who are allied to Tangatanga faction, have been asked to come and form a Coalition with UDA so that Ruto can secure much votes in the grassroot levels where the said leaders originate from.

Some of the leaders whom Ruto has pleeded with include Gatundu South Mp Moses Kuria, Former Agriculture Cabinet Secretary Mwangi Kiunjuri and Former Bomet Governor Isaac Ruto. However, all the leaders declined the offer with reasons that their people are not well represented at the negotiating table.