3 Lessons From The Bonchari By-election 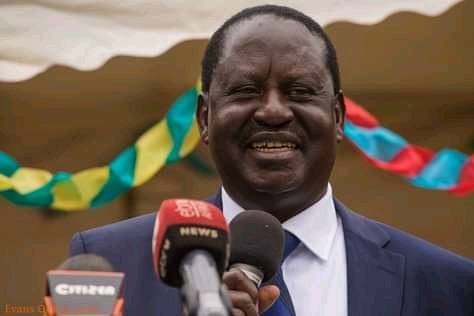 Pavel Oimeke was declared the winner of the hotly contested by-election after braving Jubilee Party's spirited effort to clinch the seat.

On the other hand, the new kid on the block, the United Democratic Alliance party which is associated with Deputy President William Ruto, gave a good show with its candidate emerging third. But what can we learn from the Bonchari by-election?

It is very clear that Raila remains an influential figure in the country's politics. And of course, he is the Nyanza's political kingpin.

In the by-elections, Raila's ODM was facing off with the ruling party candidate who had the backing of other political luminaries namely ANC leader Musalia Mudavadi, Bungoma Senator Moses Wetangula, Baringo Senator Gideon Moi and Wiper boss Kalonzo Musyoka.

Secondly, the Bonchari mini-poll confirmed that Interior Cabinet Secretary Fred Matiang'i has a long way to go in politics.

Though he is not a politician, it is widely expected that the powerful CS will transition into politics in 2022.

To many, the Bonchari by-election was his entry point into politics. But Dr Matiang'i would come into sharp criticism over his alleged use of the police to influence the outcome of the election. But the move backfired. Can he rise again after this debacle?

Finally, Deputy President William Ruto is the man to watch! Ruto's UDA party had a good outing in Bonchari despite being one of the youngest political parties in the country.

With its candidate garnering respectable 6000 plus votes, Ruto has surely confirmed that he remains one of the most influential politicians in the country today. And going to the next general election, the DP's march to State House appears unstoppable.