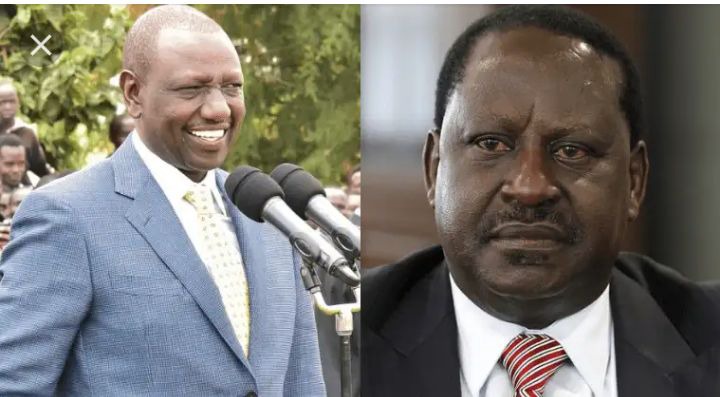 The 2022 race to succeed President Kenyatta who is soon exiting the office in August upon the completion of his two-terms is already at its peak as the political bigwigs are seen roaming across the streets campaigning hunting votes to inherit the top seat.

This is due to the fact that they have made inroads for their political parties in many parts of the country Kenya making them more popular than other presidential candidates who are also eyeing for the top seat.

Due to the celebrities of these two giant presidential contenders, the next government that will take over from President Kenyatta's regime might be either Odinga's Azimio La Umoja-One Kenya Alliance or Ruto's Kenya Kwanza Alliance camp.

According to the latest opinion poll by the Mizani Africa, if elections were to be held today in Kenya, Odinga's Azimio La Umoja-One Kenya would have emerged second after Ruto's Kenya Kwanza Alliance. 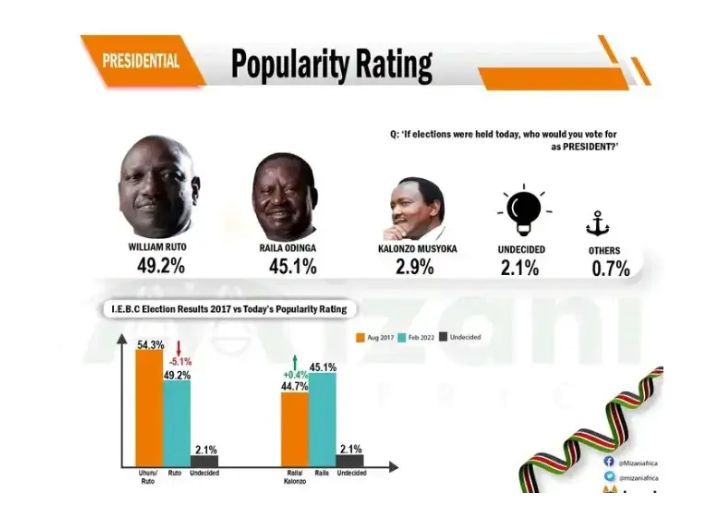 What do you say about this opinion poll?