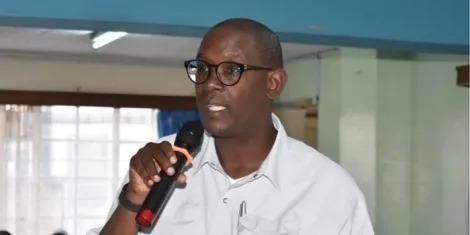 Azimio la Umoja One Kenya presidential aspirant Raila Odinga has named former State House Chief of Staff Nzioka Waita as part of the team that will lead his campaign in the Lower Eastern region.

The former Prime Minister has also tapped John Katuku and Florence Mwangangi into his team, that will be tasked with pushing the Azimio agenda in the Wiper party-dominated area.

The Chama Cha Uzalendo (CCU) Party leader resigned from the government in February this year, to venture into politics as he seeks to succeed the outgoing governor, Dr Alfred Mutua.

Odinga who is seeking to consolidate his Ukambani vote has also named Mutua's former Chief of Staff Mwengi Mutuse to the campaign team.

The region, which the ODM leader has his eyes on comprises Machakos, Makueni, Kajiado and Kitui counties, which remain crucial in his quest to succeed President Kenyatta.

It may also ruffle feathers within the region, especially with Wiper Leader Kalonzo Musyoka yet to publicly announce if he will work with Odinga ahead of the polls.

On Monday, there were reports that Wiper leaders who met in Machakos mounted pressure on the former Vice President to reunite with the ex-PM.

Amid the uncertainty in Azimio Waita was among the first leaders to openly call out Kalonzo, asking him to live up to an oath he allegedly took at the residence of the former president, the late Daniel Moi to protect the interests of the Akamba nation.