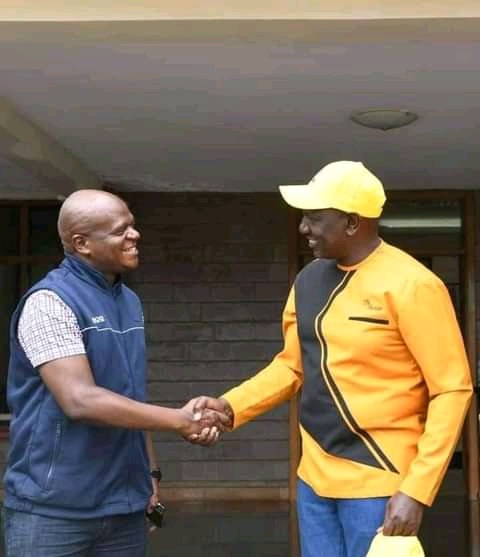 Deputy President William Ruto has received a major boost in his quest to win the backing of the Western Kenya region following the decision by Bungoma Deputy Governor Charles Ngome to join his camp.

Elected with Governor Wycliffe Wangamati on a Ford Kenya party ticket during the 2017 general election, Prof. Ngome officially pledged his allegiance to the DP on Tuesday when he joined United Democratic Alliance party.

The academic has already declared that he will contest the Bungoma Governor seat during the 2022 general election after falling out with his boss.

While exuding confidence that the DP will sweep Western Kenya clean come the 2022 poll, former Kakamega senator Boni Khalwale said that Prof. Ngome's entry into the hustler nation camp is a sign of good things to come.

Following the development, Bungoma senator and Ford Kenya leader Moses Wetangula finds himself in an awkward political position in as far the battle for the region is concerned.

Having fallen out with Wangamati, Wetangula risks losing his political voice in Bungoma, his main power base. But for Ruto, his State House bid remains on the right track.