The Ten Page Manifesto Wajackoya Has Presented To Kenyans 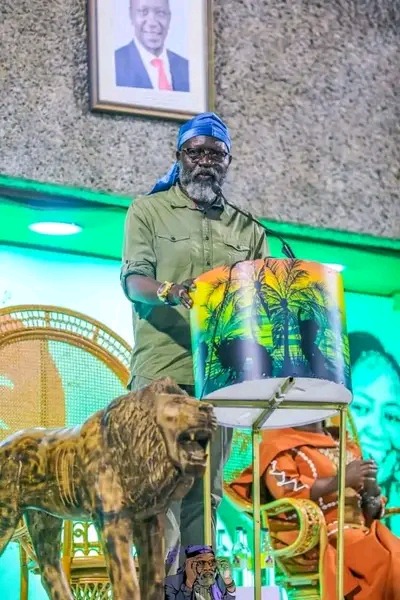 The Roots Party leader Professor George Wajackoya unveiled his manifesto yesterday at KICC. The Kenyans were eager to know his real manifesto apart from the things he is promising people in rallies. Wajackoya has been making very funny promises to Kenyans if elected president. One of the presidential candidate David Mwaure asked IEBC to intervene and investigate whether Wajackoya is insane. However, the professor rubbished him saying that he is trying to use his name in gaining popularity. 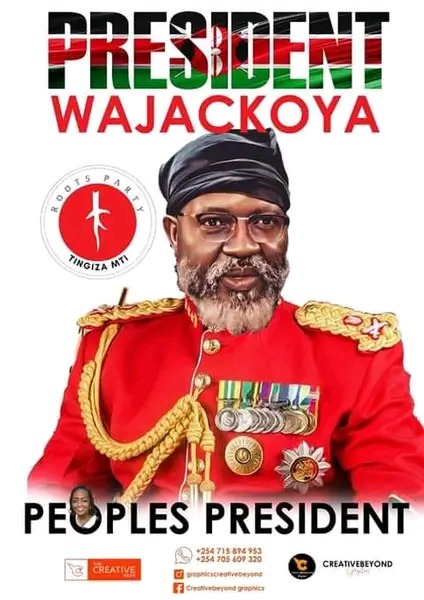 The "Freedom is coming" is Wajackoya's slogan promising Kenyans to liberate them from poverty and corruption. He has said that Raila Odinga and William Ruto should be ready to be opposition leaders after the 9th August general elections. His 'ten commandments' manifesto had the following;

Legalize marijuana- he promised Kenyans that bhang growing will greatly help the country out of it's economic bondage.

Snake rearing- he stated that rearing of snake will be of great importance. The meat will be exported and eggs for foreign exchange.

Export dog meat and hyena testicles- the professor said there is ready market to export these commodities.

Introduce a four-day week from Monday to Thursday. He will keep Friday as a weekend day in favor of Muslims. 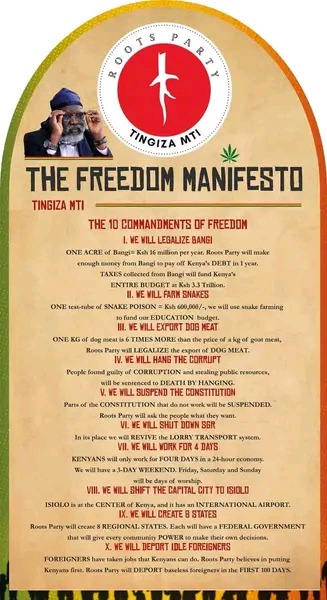 Prof. Wajackoya urged Kenyans to team up and vote him in as the fifth president of Kenya in order to enjoy the fruits of his great manifesto.

The Reason Why Raila Rejected The Presidential Results