Why Kalonzo Surrenders OKA To Azimio, After Being Told This By Uhuru & Raila After Serious Meeting

By Mkorino (self media writer) | 3 months ago 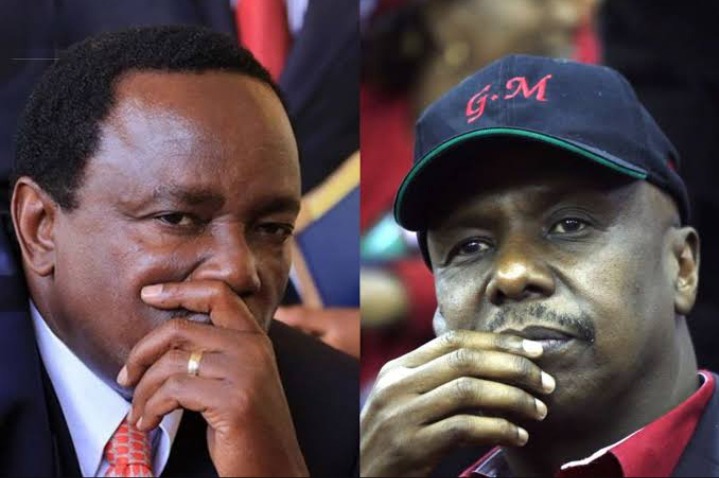 Kalonzo, whose party is one of 21 that signed a declaration favouring Azimio, was persuaded at the last minute on Saturday morning, according to sources.

He arrived at the KICC, the site of the Azimio National Delegates Conference, after a lengthy conversation at State House (NDC). President Uhuru Kenyatta accompanied him.

President Uhuru applauds Kalonzo for stepping down in support of Raila Odinga.

"The discussions have been underway since last week, but the final agreement was reached this morning (Saturday)," according to a Wiper party insider.

Kalonzo is claimed to have refused to join Azimio until he was faced with the stark truth of his odds of winning the election if he went it alone.

"It was all obvious," said another insider, "and there were no chances, and it would be even worse if he joined a different alliance like Kenya Kwanza."

It was unclear what Odinga had been promised if he won the seat in the August poll.

"I can't support Raila again; I've done it before, and we agreed that I would be the presidential candidate in 2022," Kalonzo previously stated.

Content created and supplied by: Mkorino (via Opera News )