By BreakingNews.com (self media writer) | 2 months ago 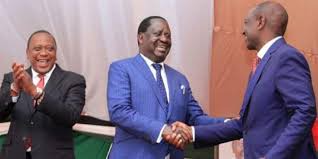 On Friday, Raila Odinga, the Azimio presidential candidate and ODM leader, will attend the burial of renowned Eldoret businessman Jackson Kibor at his property. He will be buried next to his first wife, Mama Mary, according to his wishes, according to his family. Three people, a woman and two men, filed a complaint in court, claiming to be his descendants, to block his burial.

In an Eldoret Chief Magistrate Court case filed under a certificate of urgency, Albert E Kibor, Elizabeth Koskei, and Joseph K Misoi appeared in court. The three are asking for the burial to be postponed until the family recognizes them as the deceased's legitimate children and enables them to participate in funeral arrangements.

Individuals who supported the 'Men's Conference' were invited to join in his burial preparations, according to the family.

Mzee Kibor, who had been at St Luke's hospital in Eldoret for ten days, died on March 16 at the age of 88.

According to his relatives, he was diagnosed with renal failure and was on dialysis till his death.

Kabenes, in the Uasin Gishu county, was chosen as the location for his burial.

Wajackoyah Attracts a Huge Crowd During His Kisumu Rally