By NewInKenya (self media writer) | 10 months ago 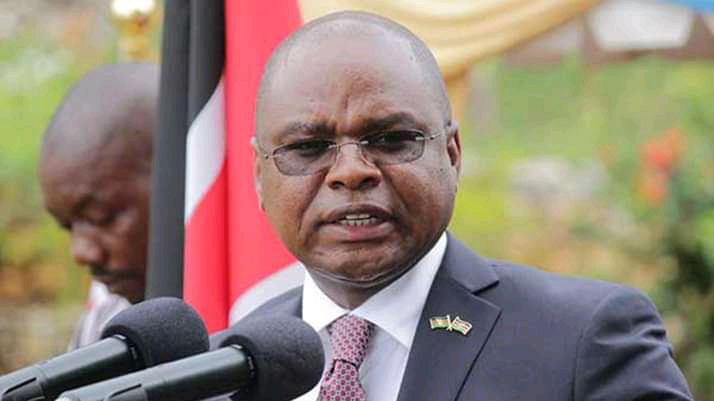 Governor Amason Jeffah Kingi is becoming more isolated day by day, this comes after he was kicked out of the Orange Democratic Movement party leadership. The governor's push to have a coastal region party seems to be failing and every politician from the region seems not to be buying his idea.

A section of top coast leaders have now accused the once vibrant Politician of committing political suicide. Led by Kilifi county senator Stewart Madzayo and Tana River governor Hon Dhadho Godhana, they have argued that Kingi's mission was not to fight Orange Democratic Movement party boss Raila Odinga but to fight Mombasa governor Ali Hassan Joho, the leaders claim that the governor wanted to outdo Joho as undisputed coastal region Kingpin following the population of his Giriama community, a subtribe of the larger Mijikenda.

"Kingi is trying to attract Raila's attention as he feels he should be the region's kingpin because he comes from the Giriama community" Dhadho was quoted.

Kilifi Senator on the other side claimed that Kingi was working with Salim Mvurya of Kwale to outdo governor Joho however, their mission failed terribly since both of them are serving last terms and people are not much interested in them.

He argued that the focus is now on active politicians and that is why Raila has opted to work with new friends including Governor Samboja, Gedion Mungaro and himself.

The senator further likened Kingi to tourism cabinet secretary Najib Balala and Mungaro who fell out with Raila but would later be thrown into political oblivion only to be rescued by the Jubilee government. He said that Kingi is staring at political cold if not careful. 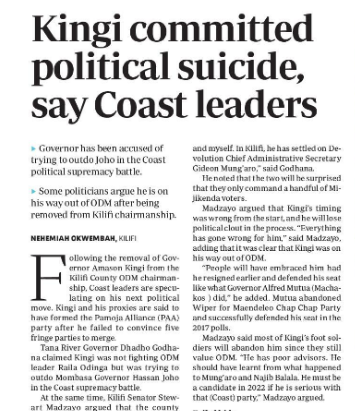 Warning Signs Of A Controlling Person

How To Get The Love Of Your Life Back

Some Interesting Mutations Or Disorders That Humans Han Have?