In an interview with France 24, President Uhuru said he won't run for an elective post come 2022. In the interview, he told his host, Marc Perelman, that he'd rather visit France every summer and enjoy a holiday than seek any political position. 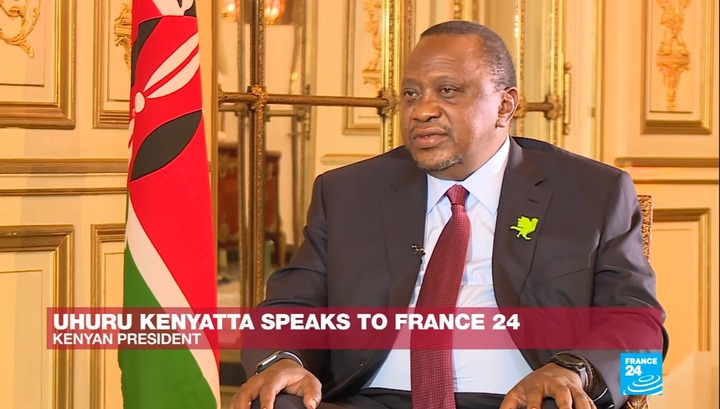 Besides, he sounded not commited to support his deputy William Ruto in his presidential bid. He said that, even if the position of a prime minister was created for him via the constitutional reform currently undergoing, he'd not want to take it.

Many leaders including Francis Atwoli and David Murathe have been in the recent past quoted saying that President Uhuru should run for a political seat since he's still young for retirement. 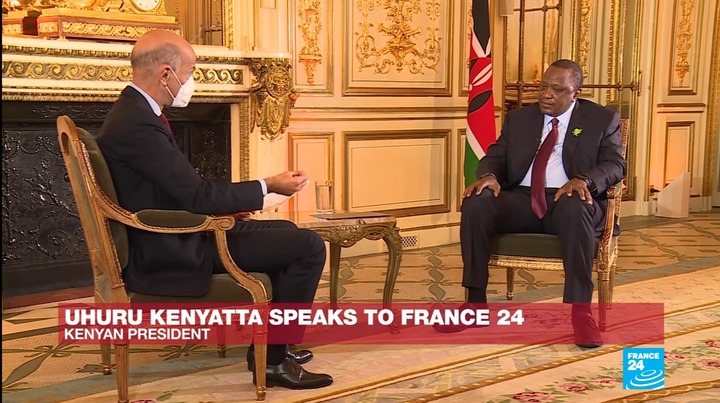 He said that he has always had government agendas that he has committed himself to and must ensure that they are achieved. He added that it's not time to campaign yet but to unite people and develop Kenya.

On the handshake, he said that the move was initiated to help the political class to come into agreement on the issues that brought about divisive politics.

About dissolving parliament, he said that he wasn't keen on it. Doing so still remains a toll order in Kenya's bid to practice democracy at all times. It's all about balancing between the citizens' rights to elect leaders of their choice and democracy.