Has Raila Handed Over The Leadership Of Azimio To Kalonzo? 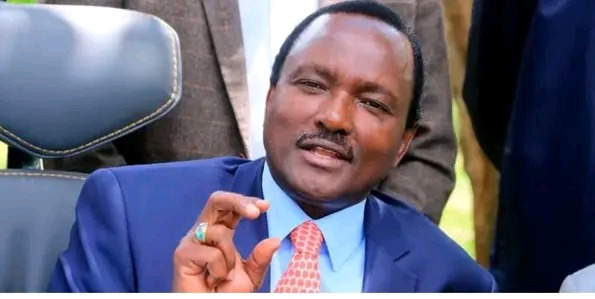 Having been the face of opposition politics for the last two decades, could it be that Azimio la Umoja coalition leader Raila Odinga has secretly passed the baton to former Vice President Kalonzo Musyoka?

Over the last few weeks, the Wiper Party boss has been the face of the country's opposition leadership.

Though Raila and his former running mate Martha Karua have been attending key opposition coalition meetings, Kalonzo has been the man who has been communicating its resolutions.

According to Taifa Leo newspaper, former President Uhuru Kenyatta and Raila have reportedly agreed to hand over Kalonzo the opposition role as a way to nurture him in readiness for the 2027 general election.

Just recently, Kalonzo led the Azimio la Umoja elected leaders for a press briefing where they hit out at President William Ruto over his choice of Cabinet Secretaries nominees.

The former Vice President would later use the same presser to fire salvos at Dr Ruto for allegedly disrespecting his predecessor, by saying that the former President is now the leader of opposition after his preferred choice of a successor lost in the State House contest.

In his new role as the leader of opposition, the 69-year old Wiper boss could be laying ground for a face-off with Dr Ruto in 2027.

Nandi: Ex-MP Alfred Keter Dismisses Ruto's 2022 Agenda As He Claims It Has No Place In Modern World

Hard Times For Martha Karua As She Loses Her Voice While Attacking President Ruto, Kenyans React