By Kenyans®coke (self media writer) | 3 months ago

Winnie Odinga, the daughter of Orange Democratic Movement Party Leader Honorable Raila Amolo Odinga, has made the rounds on social media after reports that she had a heated argument with a senior Kenyan official during her father' s recent visit to the United Kingdom. 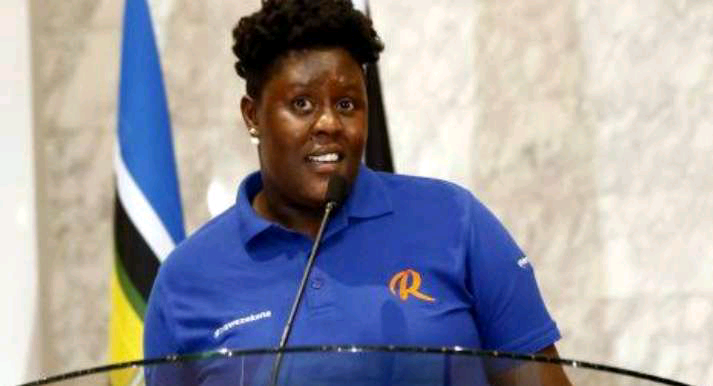 The outspoken 31- year- old lady allegedly left diplomats at the Kenyan High Commission in the United Kingdom perplexed after verbally abusing their boss, Mr Manoah Esipisu, according to the rumoured son of a prominent Ruto- aligned Cabinet Secretary, who published an explosive Tweet on Sunday, March 20th 2022.

This has prompted Mutahi Ngunyi, a well- known political commentator, to speak out on the same subject. If Manoah Esipisu' s faults caused Winnie Odinga to miss the flight, then failure should never be an excuse, according to Ngunyi. 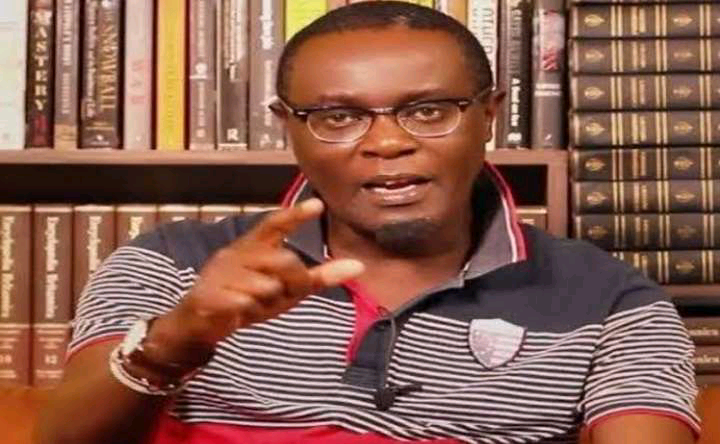 He went on to say that if he were Winnie Odinga, he would have warned the official involved.

" Missing a FLIGHT because of administrative FAILURE is no good EXCUSE. If I was Winnie Odinga, I would have TOLD someone OFF! We are in a HURRY, " tweeted Mutahi Ngunyi. 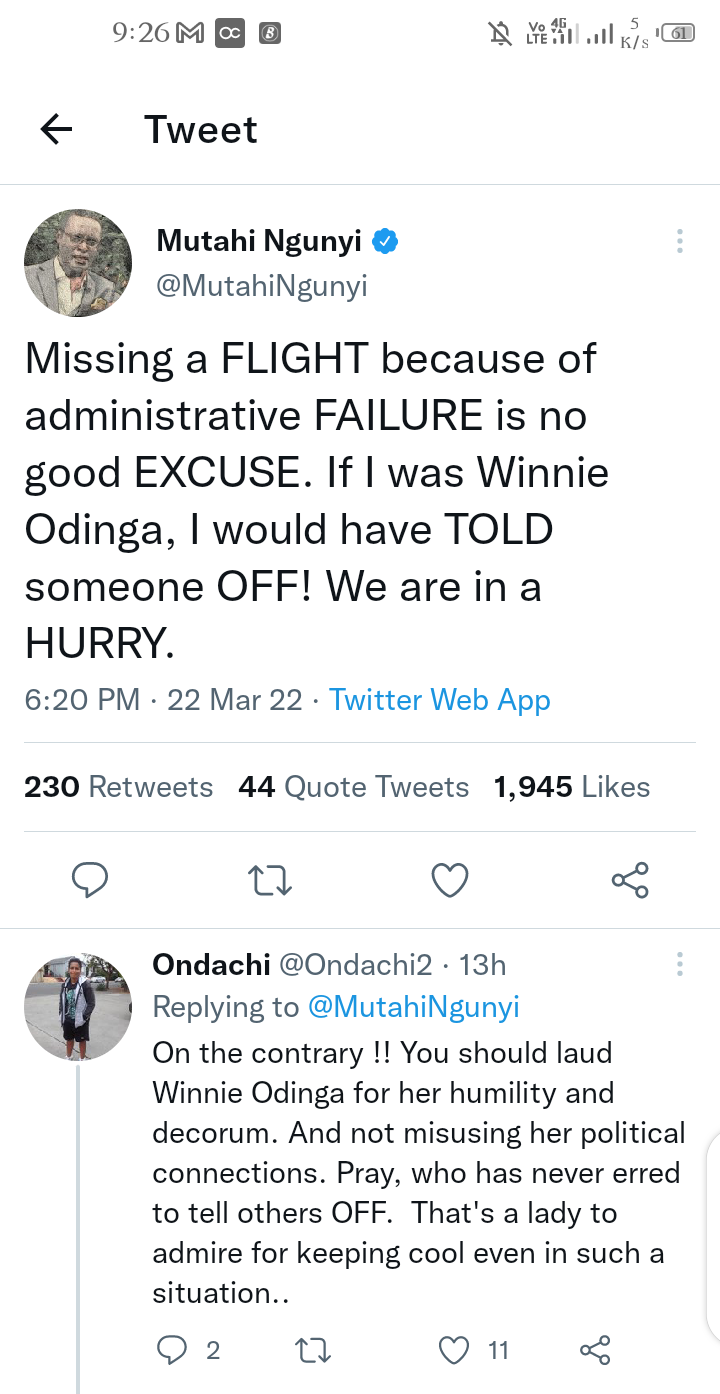 Raila' s assigned driver allegedly failed to locate the Heathrow Airport VIP gate in time for take- off, resulting in an expensive delay and Winnie' s altercation with Manoah Esipisu.

Ngunyi' s answer, which demonstrates to Kenya that he fully supports Winnie Odinga' s accusations against Manoah was met with skepticism by several Kenyans who questioned why Ngunyi supports everything that the Odinga family is pushing for. 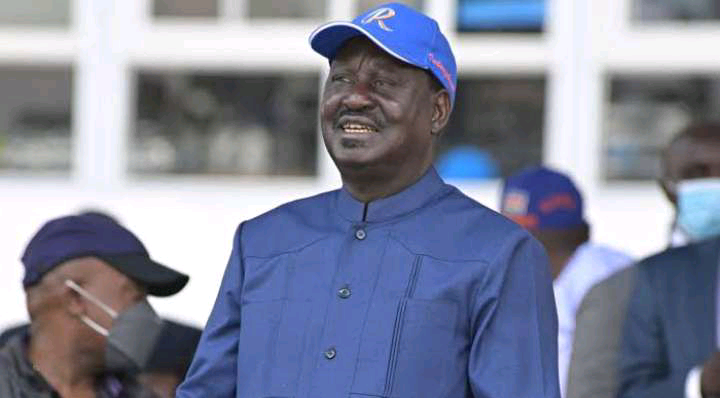 " It' s fake news that you have fallen victim too. Don' t put a fire on TangaTanga fake news, " wrote Oki.

" You can' t blame a driver who only knows the gates to Karen & Riat Hills homes, for not identifying the VIP gate at Heathrow Airport. Sure he will do a good job of steering the vehicle that will take Raila for retirement on August, 2022, " wrote Karan.

" Was the trip government sponsored. I thought they said it was a private sponsored trip unlike our DP. But you don' t need to give an excuse. That O community have already started telling people they will pay rent after August. We know what they are capable of doing, " wrote Milly.