By DailyNews (self media writer) | 11 months ago 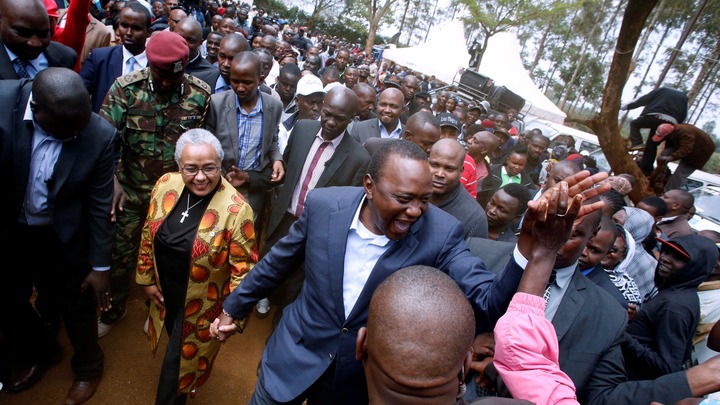 The rift between president Uhuru and his Deputy Ruto has been continuing to widen each passing day with their spat now being displayed by the two in the public.

When they were being sworn in for their second term in 2017, no one would have thought that the two would one day attack each other.

While DP Ruto has avoided confronting Uhuru who has been launching attacks at him openly, Uhuru has in the past one week attacked Ruto with him having called for Ruto's resignation yesterday. 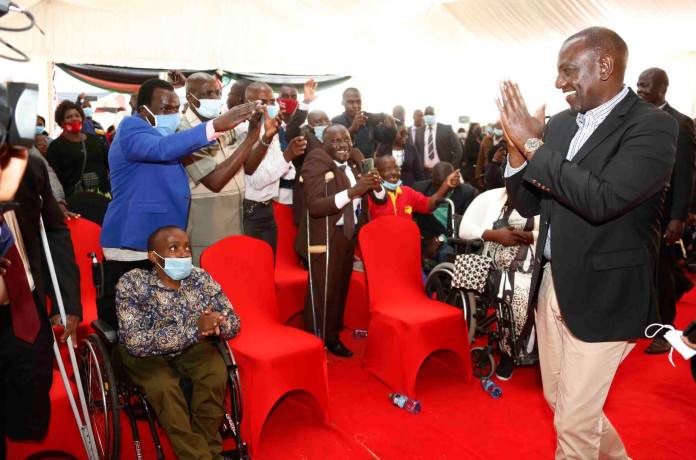 While their confrontation is new and shocking to many, this is not the case with some allies of DP Ruto.

According to a publication by the Standard today, a key ally of DP Ruto has now revealed the first move Uhuru made in 2017 after their inauguration that shocked Ruto and his allies.

According to the MP who sought anonymity, immediately after Uhuru and Ruto were sworn in, Uhuru begun to sideline Ruto and this started to indicate all was not well between the two.

The MP has further revealed that President Uhuru would later sideline Ruto during the naming of his Cabinet Secretaries and delayed the process for close to two months.

This move by Uhuru is said to have hinted that trouble was looming for Ruto and his allies in their second term. 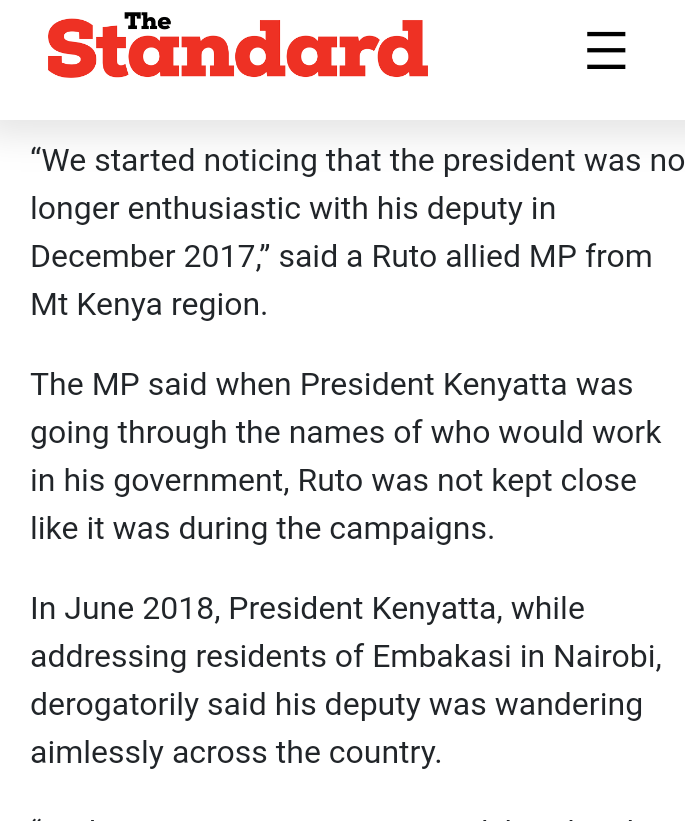 Opinion: Why Musalia's Optimism Will Be A Learning Point For Future Leaders

All eyes on Musalia Mudavadi's decision ahead of the August poll

What Musalia Mudavadi Did That Left Netizens Talking On Social Media