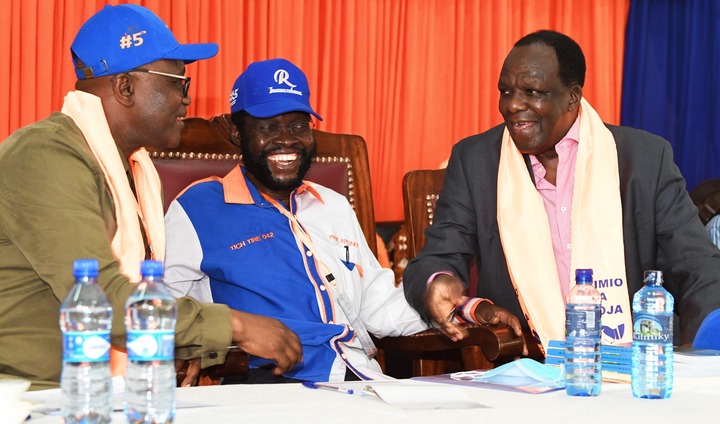 Professor Anyang' Nyong'o is currently serving his first term as the Kisumu county governor. He was elected in the 2017 general elections on an Orange Democratic Movement party ticket and has also declared interest for the seat in the coming August general elections.

On Monday 21st, the governor took to his social media platforms to express his happiness after the ODM delegates from drawn from Kisumu county unanimously agreed to support to support him to fly the flag of the ODM party in the August gubernatorial contest.

The event took place at the Tom Mboya Labor College in Kisumu attended by different dignitaries from the Orange party including the Kakamega governor Wycliffe Oparanya who is also the deputy party leader of ODM, nominated senator Rose Nyamunga among other many leaders. ''A big thank you to the ODM Kisumu county delegates, during this year's annual delegates convention foR endorsing my bid for a second term,'' he said through his Facebook page.

Gachagwa Clears the Air on 1992 Molo Clashes While He Was A DO.