By Festohfess (self media writer) | 4 months ago

One Kenya Alliance is a political organization that is one of the primary groups vying for Kenya's leadership seat in August of this year. 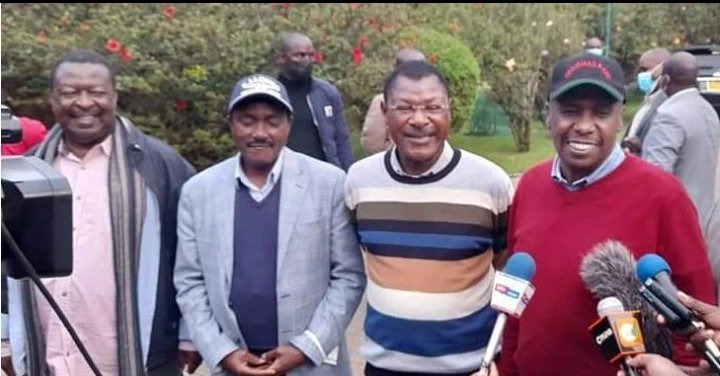 Despite the fact that Deputy President William Samoei Ruto and ODM leader Raila Amolo Odinga are widely regarded as the two leading presidential contenders in the upcoming elections, the OKA has maintained that by fielding a single presidential candidate from within, it will give the duo a run for their money. 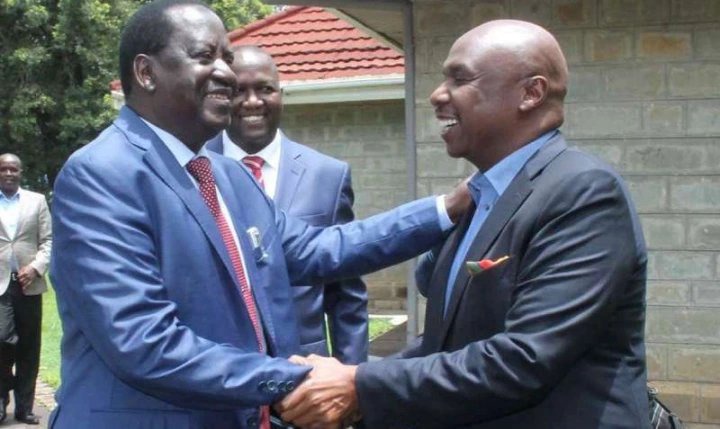 There has been widespread speculation about a possible coming split in the organization, with two diverging parts expected to emerge.

However, in what can be interpreted as confirmation of his tremendous affection for and soft spot for Raila, KANU Chairman and Baringo Senator Gideon Moi delivered a heartfelt greeting to Raila on Friday, on the occasion of his 77th birthday. 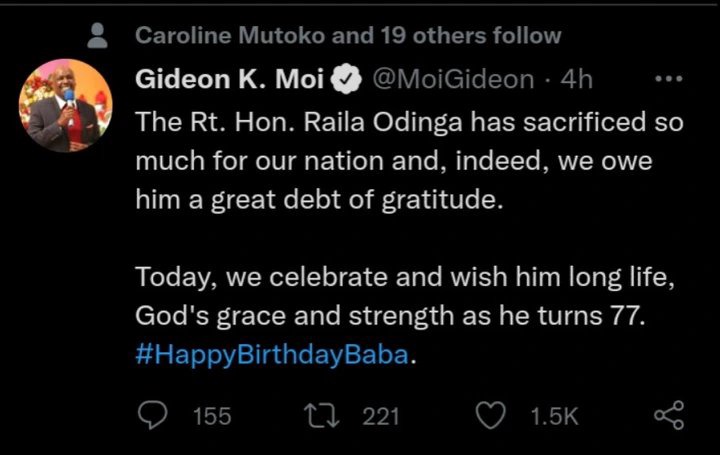 Kenyans have taken Gideon's message to Raila in a variety of ways, with some seeing him as a potential political sidekick for Raila in the future if the center fails to maintain control of the OKA group.