By BreakingNews.com (self media writer) | 4 months ago 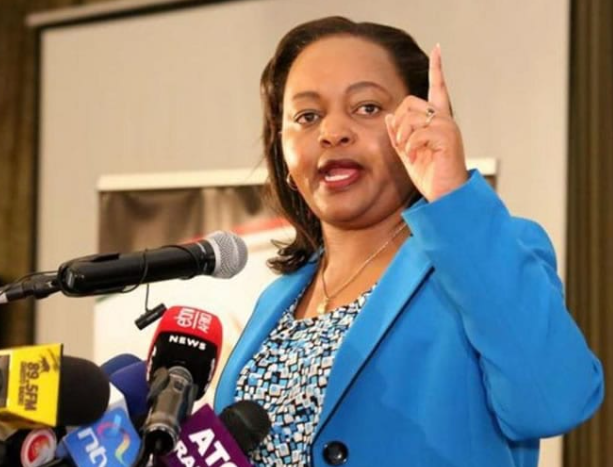 According to Governor Anne Waiguru, the Mt Kenya region was never behind the effort for constitutional modifications through the BBI Bill.

During an interview with Citizen TV's Day Break on Wednesday, the Kirinyaga County chief claimed that polls and reactions across the country revealed that the people had been left behind in the drive to pass the Bill.

Despite the fact that the BBI had a slew of goodies for the people, Governor Waiguru claims that the Bill was not supported by a majority.

“Based on public reaction and national polling, we appear to have abandoned the people in our attempt to approve BBI...

I'd be lying if I said the people of Mt Kenya were behind BBI. Governor Waiguru stated on Wednesday that they were not.

Governor Waiguru was responding to a tweet in which she urged for reflection after the Appellate Court affirmed a High Court verdict declaring the Bill unconstitutional.

Governor Waiguru continued, "We had been on the constitutional amendment route for two years and then we came to a halt... Any genuine leader would then have to sit down and evaluate where we went wrong...

That's what I meant when I said "introspection" in my tweet."

Governor Waiguru believes that the failure of the BBI bill necessitates a thorough investigation into what went wrong with the law, which had been lauded as the long-awaited cure to Kenya's long-standing issues.

“The way I'm wired, we have to take a step back and ask ourselves, ‘What went wrong?' We should have succeeded if we were correct,” Governor Waiguru remarked. “Also, on a political level, if you are trying to do something good for the people and they aren't moving with you, is there something you did wrong in that engagement?”

After affirming a High Court judgement declaring the BBI unlawful, a seven-judge bench of the Court of Appeal put an end to the much-hyped BBI concert in late August.

The Appellate Court ruled unanimously that the President cannot modify the Constitution through popular initiative since he is not a member of the "general public."

The court found that the Constitution of Kenya Amendment Bill, 2020 is illegal and a usurpation of the people's sovereign power.