Ndidi Nyoro, a member of parliament and a close confidant of William Ruto, the Deputy President of the Republic of Kenya, has revealed what will take place the week following the election. 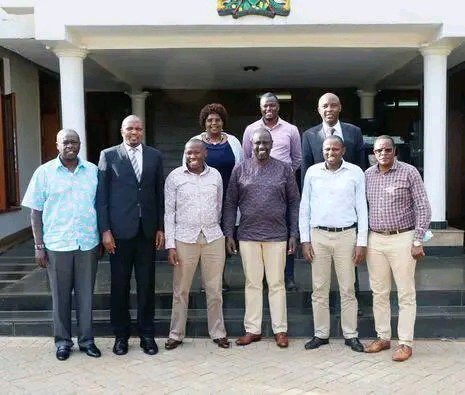 The lawmaker was quoted as saying, "It is not going to be the candidate but rather the guy who owns the project who will be the first to concede. The incumbent President of Kenya, Uhuru Kenyatta, will be the first to step down. It's not because he'll be willing to do it; his motivation comes from his own personal interests. Because he has significant holdings in numerous countries, he is not willing to take the chance of being labeled a despot or a fugitive by the global community. He can't wrap his head around the idea that his wealth is sitting dormant somewhere else."

"Hon. Martha Karua will be the second person to relinquish her position. Her interest in the outcome of these elections is essentially minimal at best. She has not used up any of her personal resources at this point. The state has taken care of everything for her in this situation. As of right now, despite the fact that she is still an infant, she is financially ahead "he added

In addition to this, Nyoro asserted that the third usual person will be reluctant to concede, but it is extremely doubtful that he will take the matter to court this time. However, his fans would regard the two examples given above as a sellout since they conceded "too fast." Next week at this time, H.E. William Ruto will either already have been declared the winner or will be waiting for the announcement to be made a few hours from now. Kenya Kwanza is certain to win more than 26 Senate seats, the support of the majority of Governors, and unquestionable control of the National Assembly. Because of this, it will be significantly more difficult for anyone to contest the findings. 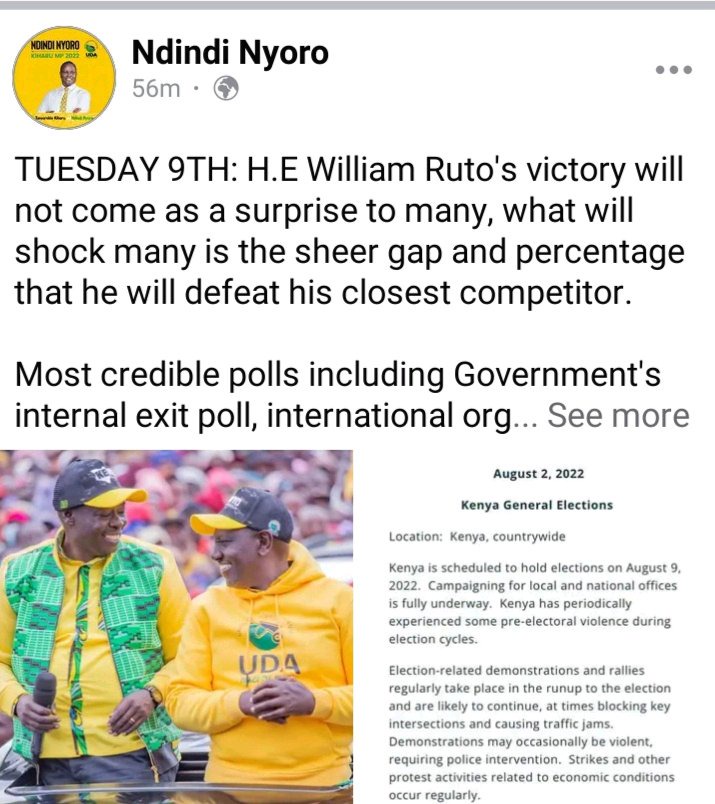 Nyoro added, "One of the most impressive aspects of Kenyans is their level of adaptability. The majority of those working in the administration are already watching out for us, and the majority of senior officials in the government are already making contact. By the end of this week, a number of the President's CSs and PSs will no longer be taking up his calls. There are not a lot of folks to take advantage of. Nobody can get a police officer to do their dirty work for them."