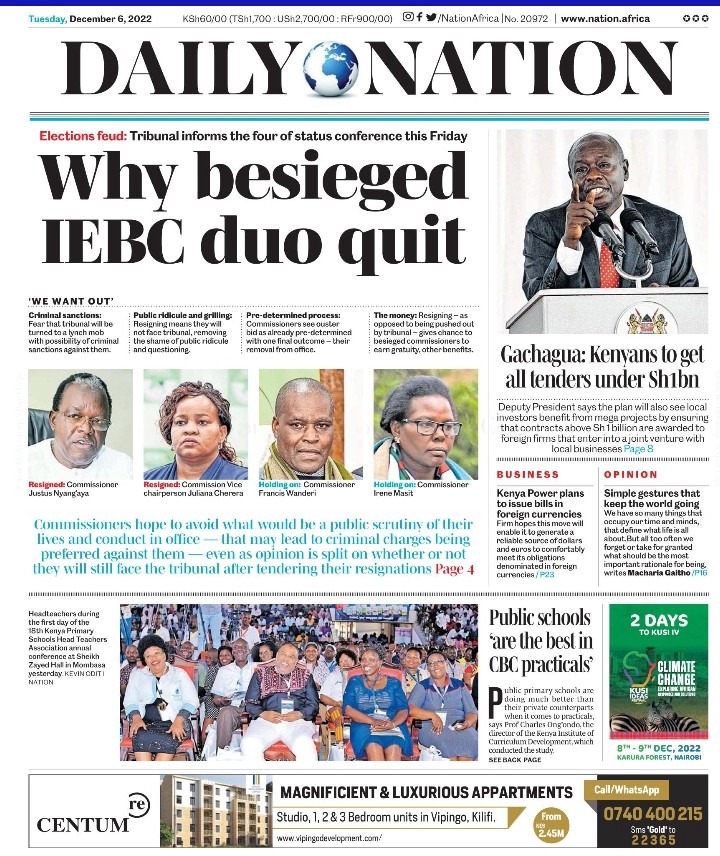 Daily Nation: Gachagwa: kenyans to get all tenders under ksh 1billion.

The deputy president Rigathi Gachagwa has said that Kenyans will be allowed to take all tenders worth less than 1 billion.

The plan will also see local investors benefit by insuring that only foreign firms that have entered into joint Ventures with them are awarded tenders worth over ksh 1 billion.

In another story, research has shown that public schools are better in CBC practicals than their private school counterparts. 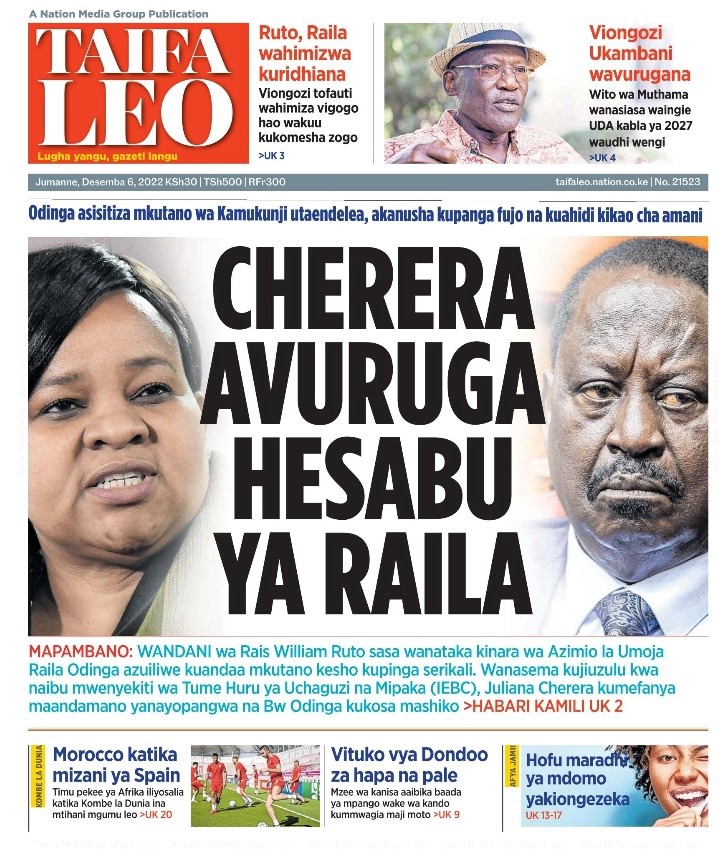 The move by the embattled vicechairperson of independent electoral and boundaries commission Juliana Cherera to resign has thrown Raila's plan into confusion.

Close Allies of president William Ruto are now calling upon the veteran opposition leader Raila Odinga to call off the planned rallie.

According to them, the resignation has made the planned demonstrations Against the government to lack steam.

However, the former prime minister Raila Odinga has vowed to continue with his plans saying that the rallies will go on as planned.

Additionally, the azimio boss has confirmed plans to hold a parallel jamuhuri day celebrations at jacaranda stadium Nairobi on December 12.

This is happening at time when leaders are urging the president and Raila to consider holding talks for consensus.

However, the government side has reiterated that there won't be a handshake with the deputy president Rigathi Gachagwa saying it was the worst experiment that ever happened.

And in sports, the only remaining African representatives in this year's world cup Morroco will face Spain today in a bid to make it to the quarter finals. 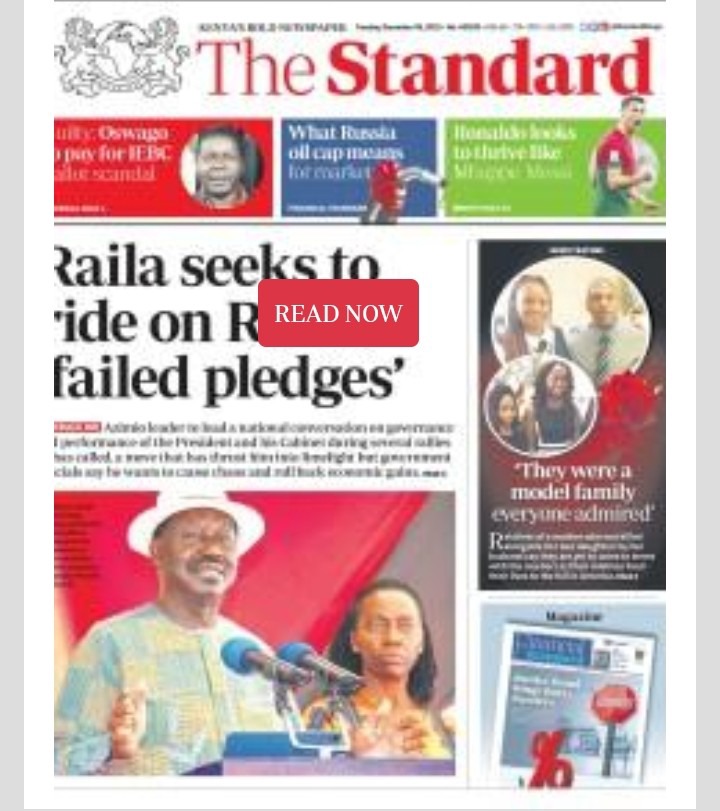 As he takes on the Kenya kwanza Government, the former prime minister Raila Odinga is keen on capitalizing on the president's failed promises such as lowering the cost of living. 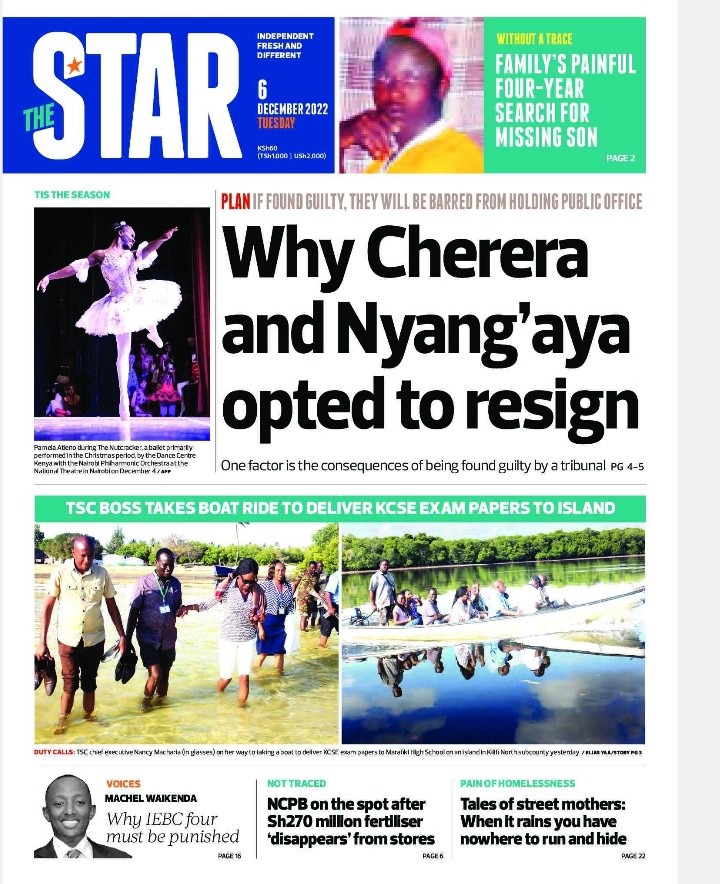 The TSC boss had to fold her trousers so as to board a boat to kadaina island as the KCSE exam entered it's second day. 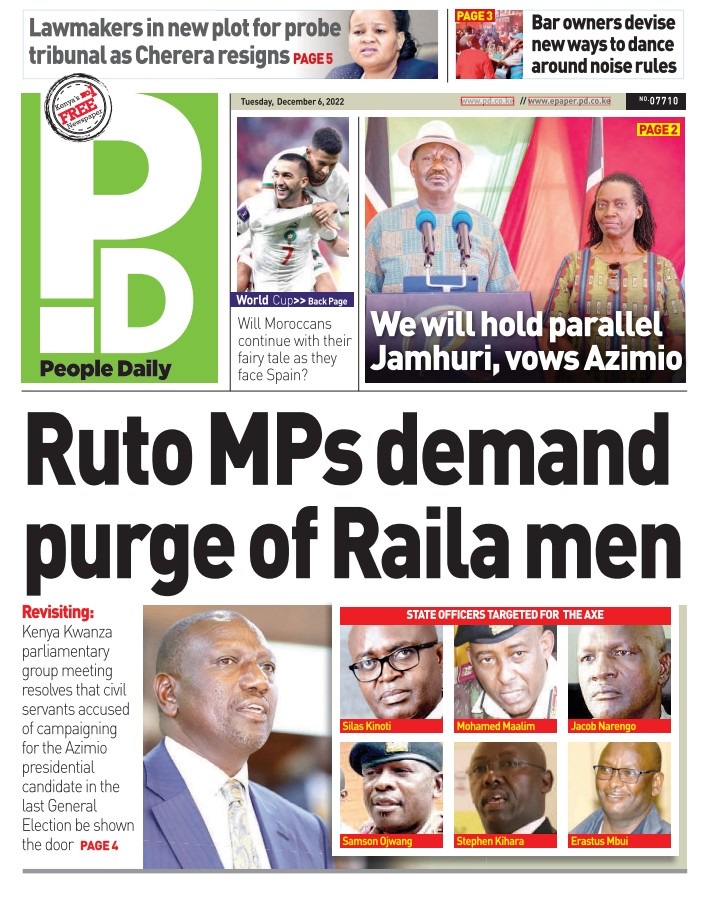 Kenya kwanza members of Parliament are mulling having an inquest so as to unravel what happened at Bomas now that the two commissioners who were set to face a tribunal have already resigned. 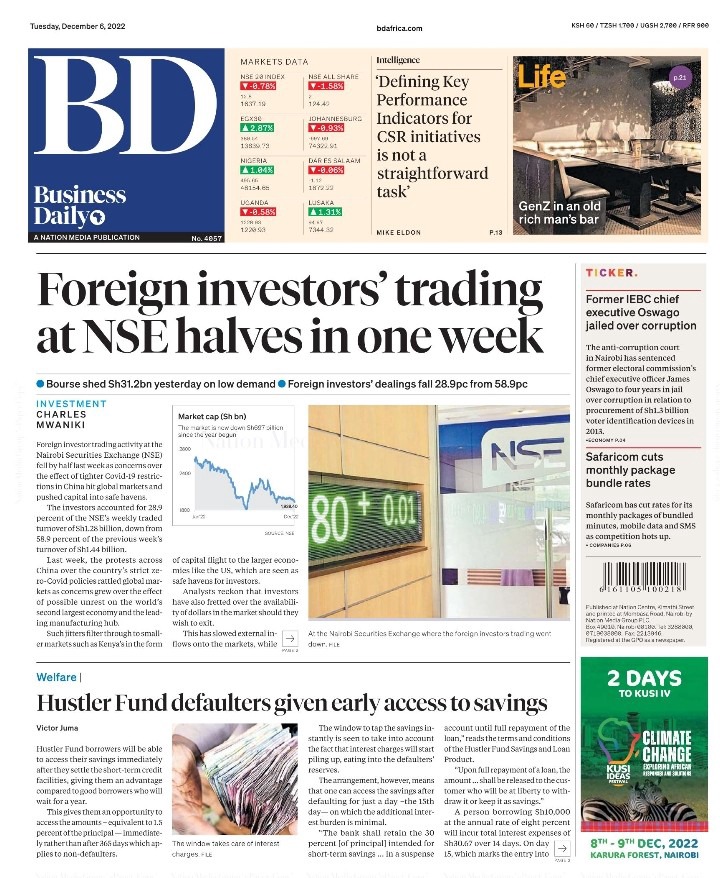