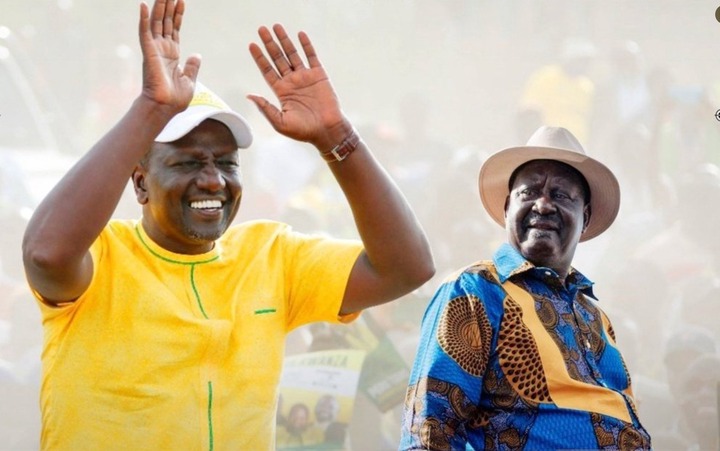 According to a recent survey performed by Trends and Insights Africa (TIFA), Raila Odinga, the candidate representing the Azimio la Umoja One Kenya Alliance, is the most popular presidential contender. 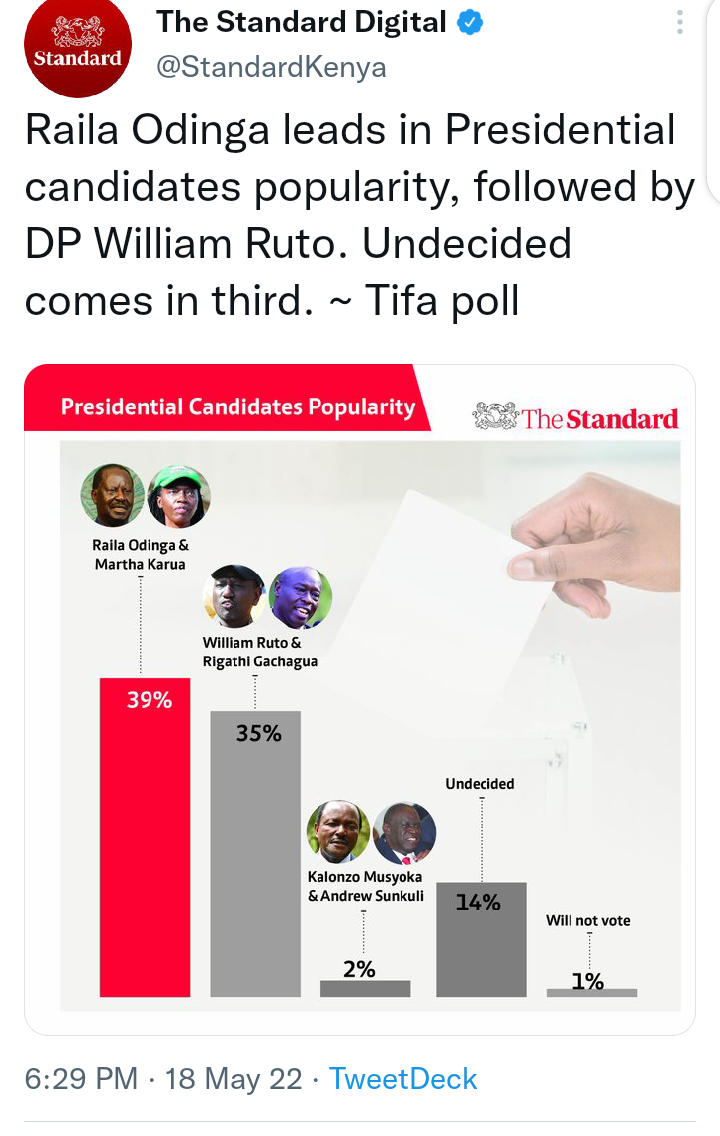 The new polls shows that DP Ruto's support has reduced while that of Deputy President William Ruto has reduced from last month Tifa polls.

Tifa also indicates that the United Democratic Alliance (UDA) is supported by 29 percent of Kenyans, or more than a third of the population.

The study also revealed that the Orange Democratic Movement (ODM) Party is in second place with 25 percent, or one quarter of Kenyans.

According to lead researcher Tom Wolf, 3 percent of Kenyans identify with the Wiper party, while another 3 percent associate with the Jubilee party.

13 percent of Kenyans are still uncertain on their preferred political party, while 18 percent do not identify with any party.

"Only ODM and UDA can claim large broad support in terms of national geography," Wolf added.

Regarding support for political alliances, the survey reveals that Azimio leads with 38%, followed by Kenya Kwanza with 28%, OKA with 3%, and Undecided with 31%.

The poll, conducted on Tuesday after the deadline for presidential candidates to choose their running mates had passed, also revealed that Azimio La Umoja is popular in five zones, while Kenya Kwanza Alliance is popular in four zones.

The survey also indicates that Odinga continues to enjoy support among older Kenyans.

10 Things Every Person Should Do Before Death.