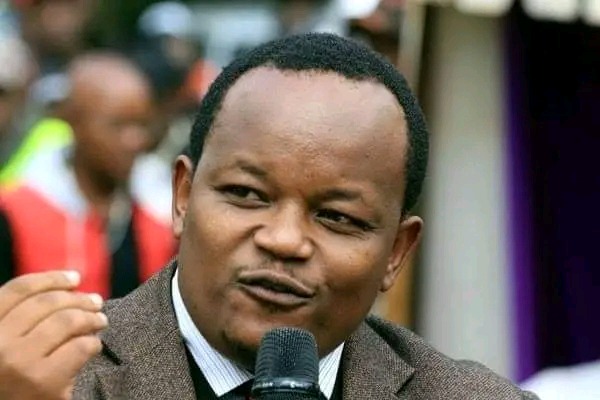 2022 statehouse duel is visibly a two-horse pitting two political heavyweights namely Raila Amollo Odinga (RAO) and William Samoei Ruto (WSR). According to the latest poll finding conducted by Trend and Insights for Africa (TIFA) research group, 39% of Kenyan voters are looking forward to cast their lots on RAO with 35% agitating for WSR presidency. 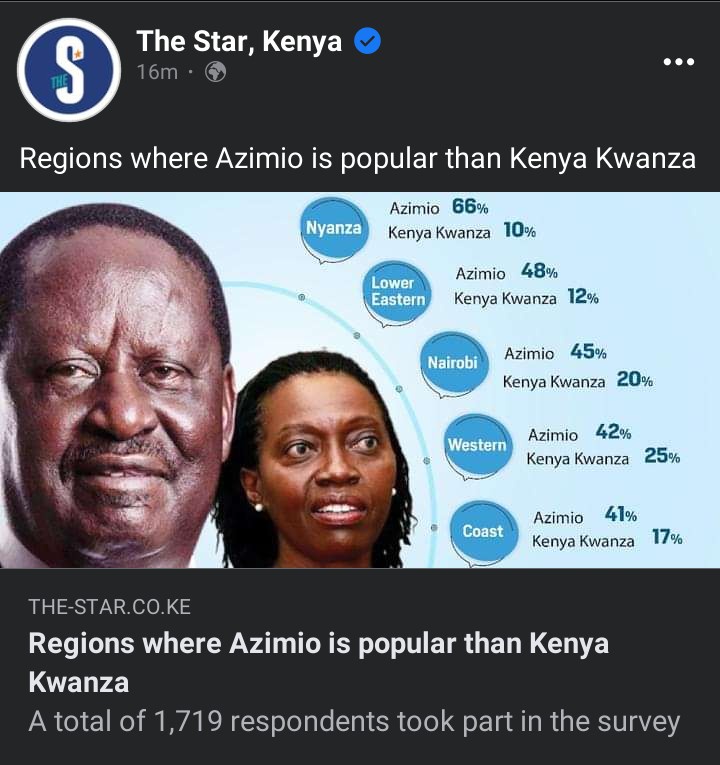 According to Kiraitu Murungi, their time to time research and confidential reports derived from different parts of the country, Raila is the most preferred preferred candidate and it' s a matter of time before he is coronated as the country' s fifth president. 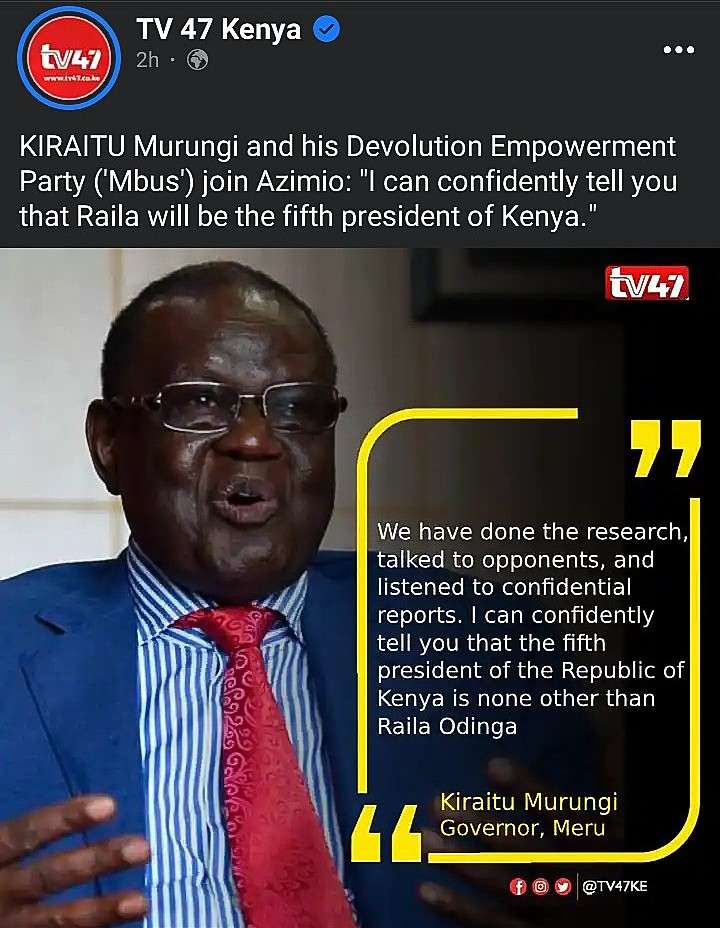 Now that there are barely 81 days left to August, will the veteran follow the aforesaid path? Oh well, his lieutenants are already on the ground propagating Raila-Karua presidential ticket. Of those who have pitched tent in Mt Kenya to bring down Ruto' s political castle and erect Raila's is Nyeri Township Member of Parliament (MP). 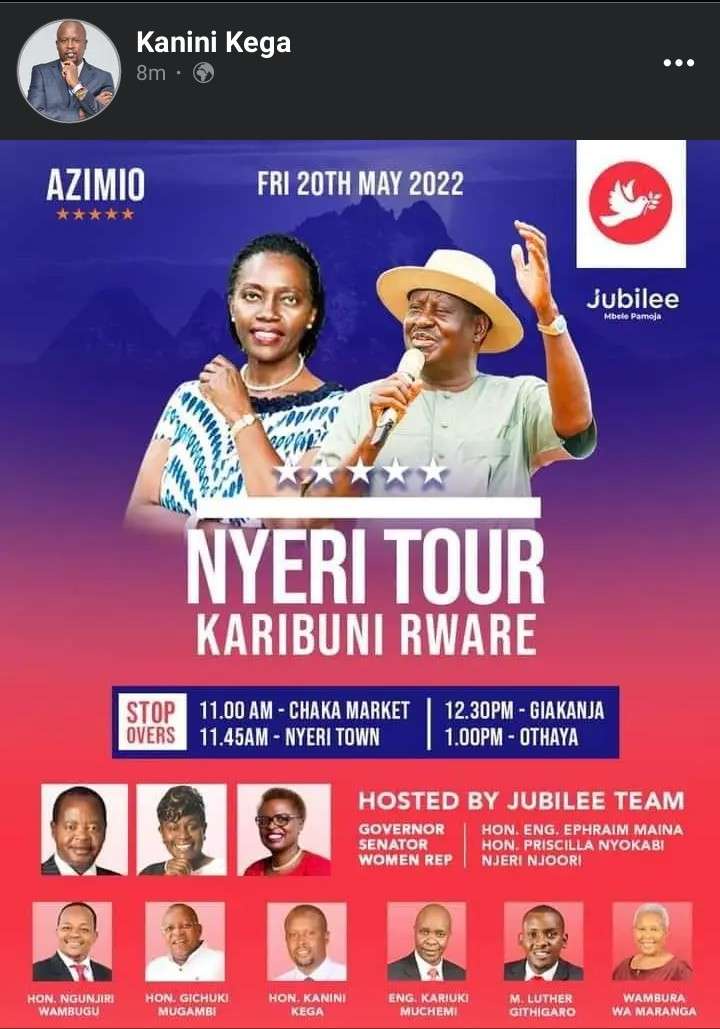 Wambugu Ngunjiri is among the remnants of Jubilee Party (JP) whose allegiance propagates towards Uhuru Kenyatta and his handshake brother Raila Odinga. For the last three days, Wambugu and his fellow Kieleweke comrades have been walking in tandem with Martha Karua to popularize Azimio La Umoja-One Kenya Coalition party and it's agenda.

Assuming their gospel has struck the right note in the region, then dark days are awaiting DP Ruto for without Mt Kenya votes, chances of his name earning a place in that book whereupon Jomo Kenyatta, Daniel Moi, Mwai Kibaki and Uhuru Kenyatta' s names are written are minimal.

"Minyoo" In Kids: Signs, How It Spreads And Natural Ways Of Treatment

Tough Warning To Teachers And Police From Matiangi, Magoha Ahead Of The Elections