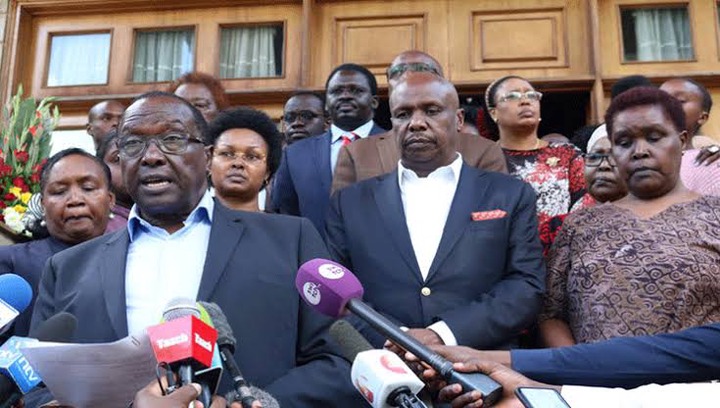 Baringo Senator Gideon Moi has revealed how he has benefitted from President Uhuru as his elder brother Rongai Member of Parliament Hon Raymond Moi informs their duo plan against Deputy President William Ruto.

Gideon Moi has said that being in government is of great impact and working with President Uhuru for the past year has contributed greatly to his score card and benefitted his area of jurisdiction.

The Baringo Senator has said that by maintaining a cordial relationship with President Uhuru, Jubilee Government he has managed to have Ksh 8billions of roads in Baringo, extending that that is why he supports Raila Odinga's statehouse bid to ensure he is still part of the government in the making.

"I was not in government but God gave me a chance to set my foot in and in that one year, we have roads worth Sh8 billion. What happens if I am in government I will do wonders,” Gideon Moi has said. 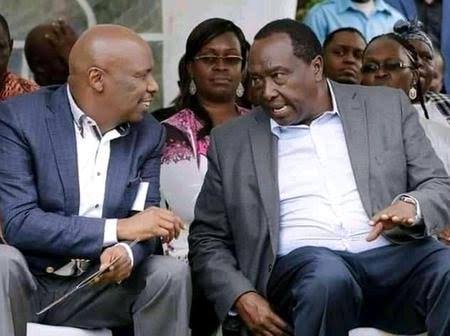 In an attack against DP Ruto, Raymond Moi has said that their duo plan is to campaign for Raila Odinga and deliver three-quarter Rift Valley votes in the Azimio basket hoping to ensure DP Ruto does not cling to the Presidency.

"We shall work hard to make sure that we deliver three-quarters of Rift Valley votes to Rt. Hon Raila Amollo Odinga...I believe that Raila Odinga has all it takes to be the fifth President of this country, that's why Uhuru Kenyatta chose him as his principal assistant in his second term," Raymond Moi said.