By Kangogoblog (self media writer) | 9 months ago 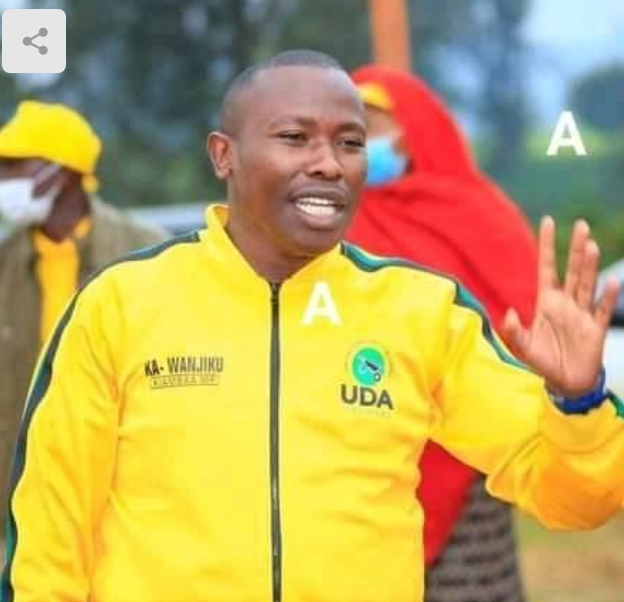 In the run up to the Kiambaa by-election, the United Democratic Alliance party candidate John Njuguna Wanjiku was portrayed as a gentle boy who was new to the murky and unforgiving world of politics. However, the political newcomer is now unleashing a daring side of him which few new existed. In his latest remarks, Njuguna Wanjiku has done something only comparable to what Eliud Owalo did in the run-up to the 2019 Kibra by-election which was occasioned by the death of former area MP, Ken Okoth.

While almost everyone else was trying to endear himself or herself to the Kibra voters by praising the good work that Ken Okoth (who was dearly loved by his people even after his death) had done, Owalo who was vying for the seat on an Amani National Congress party ticket, said that if he was voted, he was going to dismantle the existing CDF structures and build them up afresh. He said that this was because the old CDF body which was assembled by Ken Okoth was extremely tribal and was filled by only people from the deceased former legislator’s community; the Luo.

Likewise, Njuguna Wanjiku has now come out to claim that the current CDF body of Kiambaa, as constituted, is not only extremely inefficient, but also rife with mismanagement.

He pledged to do whatever is in his power to ensure that he reforms the body, and brings in new people who are going to work towards the betterment of Kiambaa people, and the constituency’s structures.

While the new MP didn’t mention his predecessor by name, his scathing attack on the Constituency Development Fund was a clear and direct assault on the late Paul Koinange.

Worth noting is that during the campaigns, none of the aspirants dragged the late MP’s name into the political debate.